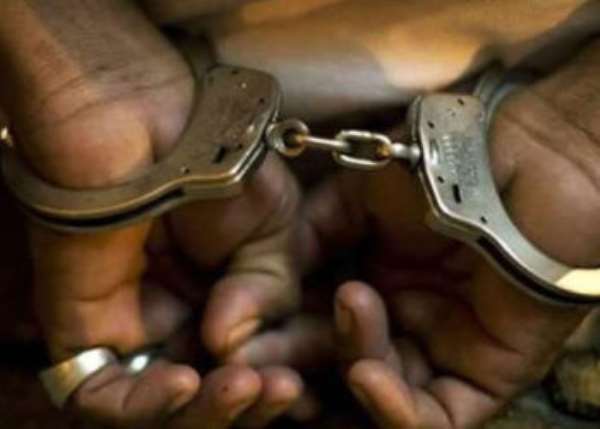 The Awutu-Senya West Constituency Branch of the National Democratic Congress (NDC), has disowned the alleged thief who stole a mobile phone from an EC official.

The party says he was not sanctioned by the NDC to act as agent for the party in the ongoing registration exercise.

The Communications Officer for the NDC in the Awutu Senya West told Anopa Kasapa Morning Show host, Bonohene Baffuor Awuah that Prince Tenge who is in the grips of the Police is only a sympathiser of the NDC and not even a card bearing member of the party.

“He went there on his own volition as a sympathiser of our party. He’s not an accredited agent to be monitoring the registration process on behalf of the party,” Kweku Ampong cleared.

Meanwhile, the party has denounced the stealing saying it must be investigated and dealt with the fullest extent of the law.

A party agent for the National Democratic congress (NDC) at Awutu Bereku Registration Center, Prince Tenge is in the grips of the Police for allegedly stealing a Tecno mobile phone belonging to an Electoral officer at Akotoakoto registration center.

According to information gathered by Kasapa News Yaw Boagyan, the EC official put the phone on a table near the Party agent and went to urinate.

However, upon his return his phone was no where to be found. He asked those around if they had seen the phone but they all said no but he was unconvinced.

After a while, it was decided that a search should be conducted.

A call was then placed to the officer’s line and it was in the process that the phone started ringing in the waist bag of the NDC party agent.

He was immediately arrested and sent to the Awutu Bereku Police station where he’s behind bars.