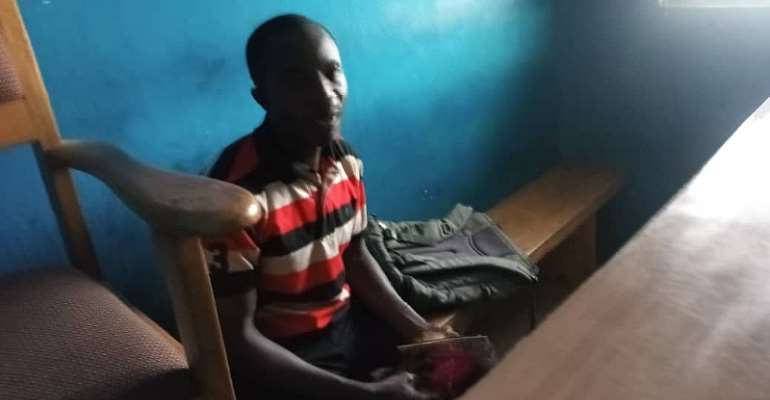 A Kumasi based Okese FM journalist Isaac Antwi has been arrested by the Inter-Ministerial Committee on Illegal Mining (IMCIM) and the Ministry for local and natural resources (MLNR) task force team led by Staff Sergeant Francis Assibi Abu for extorting money from miners in Ashanti Region.

It is believed that Mr. Isaac Antwi was extorting the money in the name of IMCIM/LNRM.

Isaac Antwi took an amount of GH¢500 from one female miner in the area and spoke to one miner called Kofi Adu to organize monies from other miners who own galamsey sites so he could give it to the task force team of IMCIM / LNRM so that they will not come to their galamsey sites for arrest.

Mr. Isaac Antwi who works with Okese FM at the same time Otec FM is in Abodom Police station for further interrogation.

Further investigations revealed that Isaac Antwi was neither sent by the IMCIM/MLNR nor was he a staff of the committee.

In an interview with some of the miners, they recounted how Isaac Antwi has been disturbing them with money.