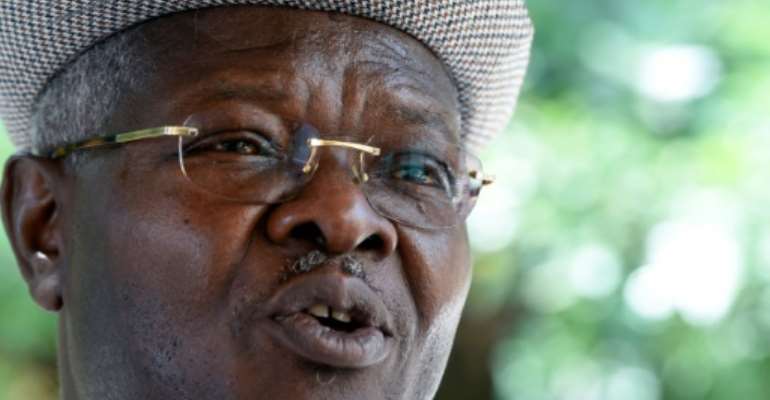 Togo has issued an international arrest warrant for Agbeyome Kodjo, the runner-up in February's presidential elections, his lawyer said Thursday, adding that he had gone into hiding in the poor West African nation fearing for his life.

"It is one more act of persecution of Mr Kodjo, which does nothing to shake our determination to shine the truth on this affair," the lawyer, Darius Kokou Atsoo, said on commercial radio.

Kodjo, in a message to AFP, reiterated the fear that his life was in danger and said he was in hiding in Togo.

The 65-year-old has been barred from leaving the country since alleging widespread irregularities in the February 22 vote and declaring himself legitimate head of state.

He was jailed for four days in April after a police raid for failing to comply with a series of summonses, for which he invoked health reasons, his lawyers said at the time.

According to official results, the incumbent Faure Gnassingbe won a fourth term with nearly 70 percent of the vote while Kodjo, head of the Patriotic Movement for Democracy and Development (MPDD), won just under 20 percent.

Kodjo, who served as premier under Gnassingbe's father, also called on the armed forces to rise up against the government, according to the prosecutor, who said this threatened public order and state security.

The MPDD late last month demanded the release of 16 of its activists who were jailed on April 21 for "rebellion" and other charges.

Gnassingbe has led the country of eight million people since taking over in 2005 after the death of his father Gnassingbe Eyadema, who ruled with an iron fist for 38 years.