Kenya's internet balloons could help to bridge the digital divide

By Nixon Muganda - The Conversation 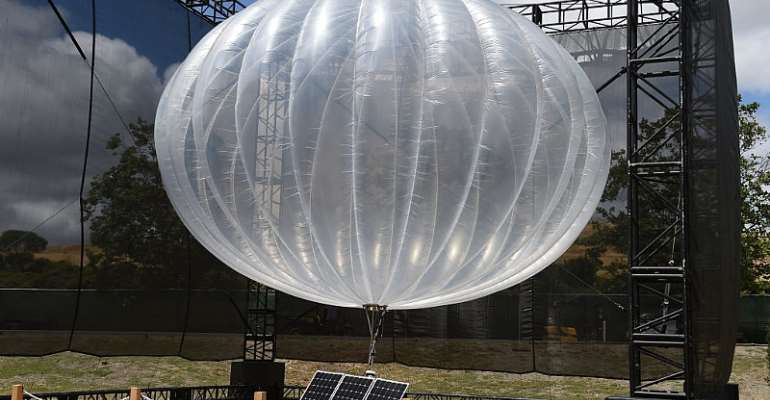 Kenya has, in partnership with Google's sister firm, Loon, launched a fleet of 35 internet balloons that will provide internet services to remote areas of the country. This is the first balloon-powered internet to launch in Africa. Nixon Muganda explains how these will work and the opportunities they can bring.

How do internet balloons work and do many countries use them?

Google's internet balloons are wireless Internet connectivity towers that float in the stratosphere. They beam Internet signals to earth-based stations, which then transmit the internet to users through internet service providers.

These floating giant balloons are made from plastic. They are fitted with solar panels which power the gadgets that control the balloon's operations and beam internet signals to earth. Using a special crane, the balloons are propelled to the stratosphere – a height of about 20km above the earth. Artificial intelligence software installed in the balloons' computers controls the floating movements using wind power.

A single balloon can provide internet connectivity to an area of about 80km in diameter and serve about 1,000 users on the ground.

It's expected that the signal strength users get will be similar to 4G browsing speeds.

Kenya has a wide variety of connectivity infrastructure. About 39 million Kenyans are hooked up to wireless subscriptions, mostly through mobile phones, which depend on signals from a mast. Wired subscriptions stand at about 458,000.

Kenya also continues to deepen its connectivity infrastructure through a national fibre optic cable. To date, close to 6,000km of the fibre optic backbone has been laid down and plans are to reach all 47 counties.

Despite impressive developments, more can be done. Most people in Kenya access the internet through their mobile phones. When looking at how well mobile phone providers cover the country geographically, we see that large areas of the country, particularly in the north and northeast, don't have much coverage. Most internet coverage is around towns in the central, coastal, and western areas and along major roadways.

This state of coverage is partly attributable to internet privatisation and electricity coverage.

Commercially, it does not make sense for internet service providers to cover areas of low population density, since the cost of physical internet infrastructure outweighs the benefits from subscriptions.

Market competition also affects connectivity. Two mobile network operators – Safaricom and Airtel – have a stranglehold on the market. They have not provided internet users with choice in terms of price, service variety and quality. And over about 20 years, the telecoms market has seen the demise of close to 70 internet service providers.

How will the balloons change this?

If the balloons are directed towards the currently underserved areas, their presence could reduce the digital exclusion of those areas.

Their entry in the market may also jolt the current market players to reconsider their pricing models and become more innovative in their service offerings. There could be a reduction in data rates, or bundling of more services at the current price. That's good for internet users.

But every big entrant into the market could have an impact on smaller players, some of which continue to provide “last mile” internet coverage, even in commercially less attractive regions. Poorly resourced and weakly capitalised internet service providers might fold, unless they reimagine their business models.

This is a new venture, and it's too early to know exactly what effect these balloons will have or the types of social changes they'll bring.

What type of opportunities could these balloons bring to Kenya's remote areas?

There are a number of opportunities that these balloons can bring, particularly to rural areas. The balloons don't have the physical limitations of wired connections, such as installations in sometimes inaccessible regions.

The balloons could give more people access to information and communication technology infrastructure and services. They could help create more industry around e-commerce, e-learning and e-government.

Given the involvement of the government of Kenya in the project, we should expect a push for increased internet use in the key sectors of rural areas such as health, education and agriculture. For instance, the balloons could allow more children in rural areas to have the option of online learning. Also, new telemedicine technology has been launched and the balloons are expected to facilitate long-distance patient and clinician contact, care and monitoring.

With better and improved internet connectivity, there is also an opportunity to reimagine public service delivery.

Nixon Muganda does not work for, consult, own shares in or receive funding from any company or organization that would benefit from this article, and has disclosed no relevant affiliations beyond their academic appointment.

By Nixon Muganda, Visiting Associate Professor, University of the Witwatersrand

Hottest Photo Reports
Catch up with all the political quotes from our politicians.
Advertise here
More Article
ModernGhana Links
The Status Quo In Asia: Pospects For Pan-Asian Integration
The Psychosocial Impact Of The Recent Murder Cases In Ghana
High Unemployment Rate: A Major Driver Of Insecurity In Ghana
The role of extractives in Africa’s inclusive green and resilient recovery
Oyo jailbreak has to be the last.
Hushpuppi Saga: A Wake-Up Call For Public Awareness About Business Email Compromise Scams
Sketchy Treaty Uncertain For Its Implementation Had Averted Thebloody And Fatal Scuffle In Somalia
A poor Liberian found US$50,000 and returned it to the owner
Ursula Owusu Ekuful is the Yaa Asantewaa of Digitalisation
TOP STORIES

Desist from faking kidnapping to avoid imprisonment – Police...
47 minutes ago