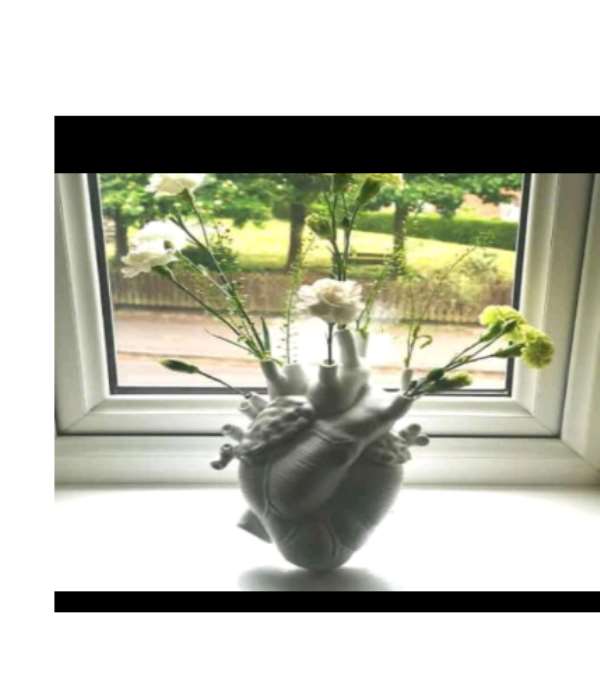 In the Fourth Republic, under the fifth President, Addo Dankwa, Ghana, the centre of the earth beckoned all mankind of African descent to come back home to their roots, four hundred years after they were carried by slavemasters into the New World, America.

From Europe To America, Oceania to Asia, and the Caribbean, they who saw themselves as sons and daughters of African soil joined this pilgrimage.

The Ghanaian hospitality meant that homes were opened to these pilgrims.

As it's in the proverbial bad nut that spoils the good ones, a woman who was not born of black skin pigmentation perfectly painted her body to look a black woman and artfully wore an Afro hair on that of her natural silky one.

This cunning dissembling woman entered Ghana faking a name Optional Love, her destination not being Accra the capital of the Republic, or Kumasi the business centre, but saw Goka, a remotest fledging kingdom in the Bono Region, to make an abode. She entered carrying a flower pot with sweet-scented evergreen flowers that were doting to all eyes.

Additionally, with her cunningness, Optional Love beguiled and seduced the gentle son of the Queen Mother, a prince of high learning who is an heir apparent to the Goka throne, to fall in love with her. The two did everything wedded couples do, with the expatriate praising highly the bedroom antics of the Goka prince. Truly, if it hadn't been for the business she was about, the unquenchable lovemaking flames of the prince could have by now given the Kingdom mulattoes, people of mixed race, as successors to the dynasty.

Nonetheless, an illegitimate son born out of the issues the two had was later repatriated to come and live in Goka after Optional Love was sentenced to serve terms in a jail of her home country. (The reader will learn how and why she was sent back to be jailed as the story progresses).

It later turned out that, the love Optional Love had for the gentle prince was comparable to her flower, which blossom in the morning when watered but loses its lustre with a minimal sunshine at sunset.

Early morn as the servants served her as they would to they who paid them, Optional Love had no chores to attend to safe wasting the wholesome water in the palace on her flower, making sure the prince is around to learn of her faked good intentions for the growing to greatness of the burgeoning Goka Kingdom. Tales that later turned out to be falsified to hoodwink, pillage, and plunder.

Optional Love was in truth trained by syndicated cabals who have heard of the vast resources bequeathed in the holy soils of the Goka Kingdom. The mass pilgrimage to the Republic was the only chance for these exploiters to infiltrate and learn every detail of the worth of Goka. And who was apt for this fiendish doing than the dissembler under discussion? If the Goka people knew any devil higher than the Optional Love, it should be the driver who didn't crash her to death but drove her into the kingdom to carry out her evildoings.

The prince, unsuspectingly, with good hearts seeking for investment and development for his kingdom, confided in and revealed every detail of the hidden worth in the Gokaland. Spanning the gold fishes that swam in the Asuo Goka (Lake Goka) who defecate and vomit gold dust, to the very forest Pɔtrɔdom (Rosewood) that bears diamond fruits when darkness falls on the ancestral forest, Optional Love knew to the bottom every precious thing Goka priced highly.

Armed with the information for which she was sent, Optional Love decided to unceremoniously leave the kingdom when the true and genuine pilgrims were returning to where they came from.

To make her sneaking out unnoticed, she surreptitiously left behind the supposed priced flower of hers, and announced she was going to Accra, the capital, to purchase gilded décors that would add shine to the Queen Mother's palace on her return.

It was when she reached Accra that a global pandemic in a Coronavirus Covid-19 compelled all governments to close all land, sea, and air borders to prevent entry and exit, aiming to stemming the spread of the airborne infectious virus that traced its patient zero to the Communist Republic of China, and was mauling beautiful souls found in its marauding path, from the rich to the poor, monarchs and servants, none was respected by this novel virus.

So, travellers like herself who got stranded at the airport must be housed by the state till the easing of travel restrictions worldwide.

All this while, Optional Love who was seen as a black woman was waited for by the Goka people, planning to welcome her with pomp and pageantry, receiving their promised freebies. Her flower was watered as she would every now and then, but it never returned to its beautiful past, as it kept on withering.

Back in Accra, Optional Love has emptied for usage the bottle that contained the cream that blackened her skin, and her natural skin reared its hideous complexion.

Those with whom she had been kept in the government facility saw the sudden change in her skin colouration, and raised an alarm. As it would have been expected of a thief who would resign and succumb to any treatment meted to her by her captives, Optional Love chose to fight back.

One of the genuine blackwomen who saw the scam, had a ravaging fire in her, and held tightly this agent of plunders till Optional Love resorted to engage in fisticuffs with her in attempt to fleeing from the impending shame that would come with the revelation.

But this blackwoman who later gave her name as Yasɔre (a Ghanaian adopted name that means Awakened), never let off the tightly hold of this imposter. And as they tussled, Yasɔre held the seeming Afro hair of Optional Love, the covering hair was stripped off, revealing the true hairs of the painted Caucasian derisively posing as a black African.

Under the Republic's legal system, it's a high crime to be prosecuted as an imposter. This meant Optional Love would be investigated.

It was through the investigation that papers were retrieved that had a graphical documentation of the resources of Goka, and the diabolic plans to come back and siphon all out, after poisoning to death the leaders of the Kingdom and all those who could be hindrance to the plundering of the sacred worth.

News went everywhere about the capture of Optional Love. It was heard also by the Goka people, who had wondered why it's taking long to welcome their new Messiah, one they think would be the only person to revive the withering flower.

Later, it turned out the flower was fake, artificial, and never needed the water wasted on its watering. It was diminishing because it has outlived its shelvelife, and must extinct to expiration.

Optional Love couldn't be vouched for a safekeep by the Ghanaian authorities. She was thoroughly searched and seized from every document she can present to her paymasters, carrying to fruition for which she was sent.

From that day forward, the government of Addo Dankwa got investors to harness the discovered resources in the Goka Kingdom, making there a centre of robust business activities. Skyscrapers housing global giant industries filled the skies of Goka and the place became a centre of attraction, a pilgrim's pride.

It was later reported in the news that, Optional Love was jailed alongside her elitists cabals who had disgraced the name of the American State, an ally of the Republic of Ghana, at the time Trump the Bully was the Commander in Chief of the American State, a no nonsense leader who feared the retributive posturing of the Ghanaian people if he was to violate the old friendly embassies between the two countries.

As her stripping took Optional Love to her deserving fate, her bewitching of the Goka Prince to deny the old custom of customary marriage of large family to adapting to imported ordinance marriage of one man one wife, went with her, and in her stead the Prince affianced maidens who became his consorts at the height of Goka's development. Amongst the beautiful maidens who did not only grace the Prince's bed, but are celebrated for contributing to the Kingdom's enviable feat are: The Black Beauty Ellen of the Akyerɛma root, Fair Lady Irene of the Police View, The Gentle Sporty Lizzy of Okrah lineage, the Slim Beauty Winifred of The Asante Kingdom, and Gertrude, the rich young merchant, the niece of Maroman, the famous hairstylist of Goka.

In the palace archives of the Goka Kingdom, these beautiful Queens are written about to immortalise them, along with the wise Prince whose fame and heroism reached all corners of the earth in his lifetime.

Today, if you hear a Goka native say: "as in the taste of the Prince", he's referring to beauty in physicality and in deeds, in choosing a life partner, or partners.

The moral lesson picked from what Optional Love, whose real name was Cavalier did in Goka, was that: be extra cautious when presented with the food you never met growing up in your mother's kitchen. With time, the falsity so wrapped in shining clothes would lay bear for its true identity.