French on alert as virus infections surge in Mayenne and Paris 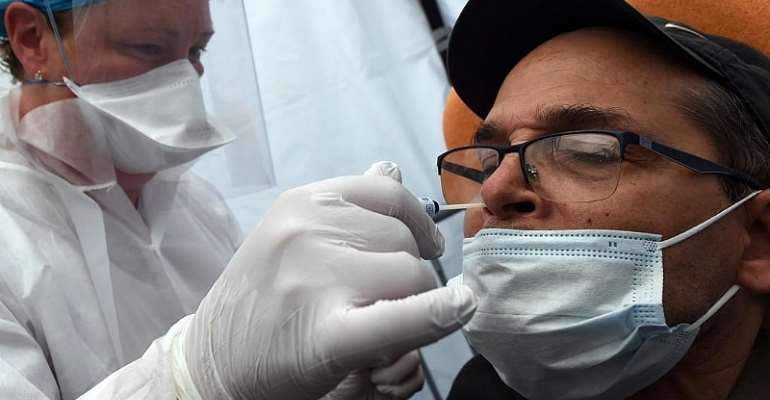 France's Health Minister is urging vigilance amid a coronavirus surge in the north-western department of Mayenne – the first part of mainland France to be classified “highly vulnerabile” since lockdown measures were eased in May.

To combat the surge in Mayenne, where infections have tripled since June, the Health Ministry has ramped up the capacity for on-site testing – “even without a doctor's prescription”.

A report by France's public health agency showed the rate of contagion in the department is now higher than the national average, and has exceeded the alert threshold – with 50.1 new cases per 100,000 inhabitants detected over the past seven days.

The chain of transmission is being tracked, Véran has assured, adding that most clusters have emerged in closed or confined places. Describing the situation as “problematic”, he asked the local prefect to make the wearing of masks in public places obligatory ahead of the 1 August deadline for the rest of France.

'Renewed epidemic' in Paris
Meanwhile in Paris, calls to emergency departments and SOS doctors, combined with an increase in the number of hospital admissions, have shown the virus is picking up again, Véran said.

Faced with a renewed epidemic, Véran called on everyone in France "to remain particularly vigilant and active against the virus".

Access to screening in the Ile-de-France region surrounding Paris is being made easier, he said, with 1.5 million tests being delivered to the area. Laboratory technicians are now allowed to process PCR samples to meet the increase in requests.

"There are a large number of Ile-de-France residents who wish to go on vacation and who want to be tested before leaving, which means that there has been a massive influx of people who have wanted to access the laboratories for the past few days", Véran said.

While on vacation, French people "wherever they are” will be able to get tested.

There’s no space to admit you into law school – Akufo-Addo t...
5 minutes ago