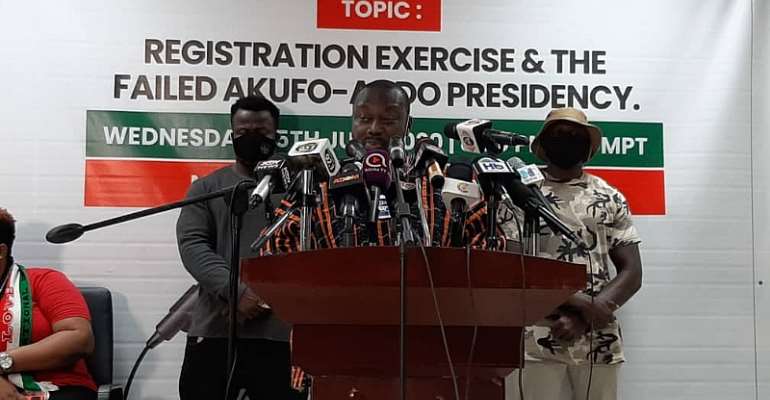 The Youth Wing of the opposition National Democratic Congress (NDC) says it will conduct citizen’s arrest of persons involved in the killing of a 28-year-old man at a registration centre at Banda in the Bono Region.

The graduate teacher trainee from the Methodist College of Education at Akim Oda in the Eastern Region, Silas Wulochamey was allegedly stabbed, following an altercation between some New Patriotic Party (NPP) and National Democratic Congress (NDC) supporters at a registration centre in the area.

At a press briefing on Wednesday, the National Youth Organiser of the NDC, George Opare Addo said they will seek justice for Silas Wulochamey.

“Up till date the killers of Silas have not been arrested. We demand within 72 hrs the apprehension of those who killed him else we will take action by ourselves to look for the hooligans.”

George Opare Addo said the group’s threat is premised on the current government’s failure to seek justice for victims involved in similar incidents.

“It is on the pivot of the pain of those who have been brutalized or murdered for standing against this failed and dishonest Akufo-Addo Presidency, the pain of those whose citizenship has been questioned and vilified just on the basis of which part of our country they live or come from, the pain of the young people depressed by the onslaught of unemployment, women dying during child-birth, the naked privatization of public wealth by the family of Akufo-Addo, the ridiculous nature that the office of the Vice-President has been reduced to denigrating the reputation of his contenders and many other occurrences that have created despair of such magnitude within our country.”