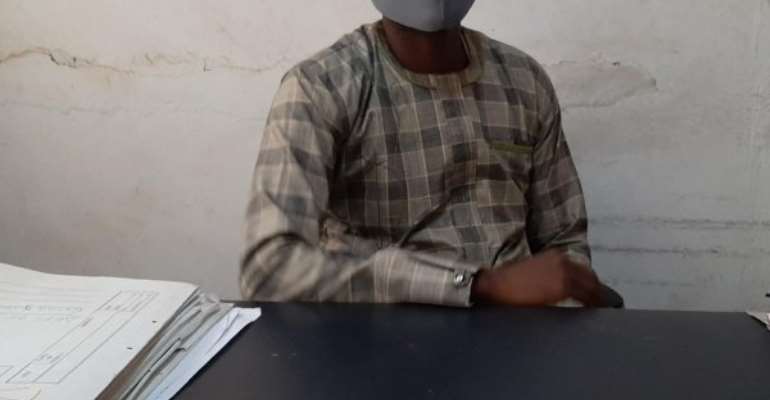 Mr Ibrahim Sumara Alidu, the Builsa North District Director of the Ministry of Food and Agriculture (MoFA), has advised farmers in the District to immediately spray pesticides on their growing crops and not wait for the Fall Armyworm infestation before they do so.

Mr Alidu, speaking in an interview with the Ghana News Agency at Sandema in the Builsa North District of the Upper East Region, entreated farmers not to rely only on the Fall Armyworm chemicals supplied by government, but to acquire their own chemicals from the open market to complement government's supply.

He said farmers invested so much capital on their farms and could not allow their investments to go waste through the destruction of the Fall Armyworm, “don't fold your arms and say the chemicals that I received from the Department of Agric is finished therefore I cannot do anything,” he added.

The Director said it was incumbent on farmers to try their best not to allow their toil to go in vain through pests and other crop diseases that could be prevented.

He said the chemicals were available, and had been distributed to farmers whose farms had been invaded by Fall Armyworm.

Mr Alidu said his outfit had adopted the communal approach of using spraying guns, “In most operational areas that is what we have been using and that is the approach we want to still use”.

He explained that “If one farmer sprays his farm and the adjoining farms are not sprayed, it will not yield any results, it will be a useless exercise. There is the need to spray all farms within that area to ensure that the worms within those areas are killed”.

He called on community members to form spraying groups so that the Department would support them with the needed logistics and training on how to effectively apply the chemicals across farms within their communities.

“We have some farmers who do not want to go by the spray gang approach, when such farmers come, we still serve them and monitor to be sure that they spray.”

He said some armyworm infestations were observed, while on monitoring on some farms, adding that the necessary chemicals were applied, “So everything is under control. Every three weeks our farmers should make the effort to spray. They shouldn't necessarily wait to see the Fall Armyworm before they start spraying”.