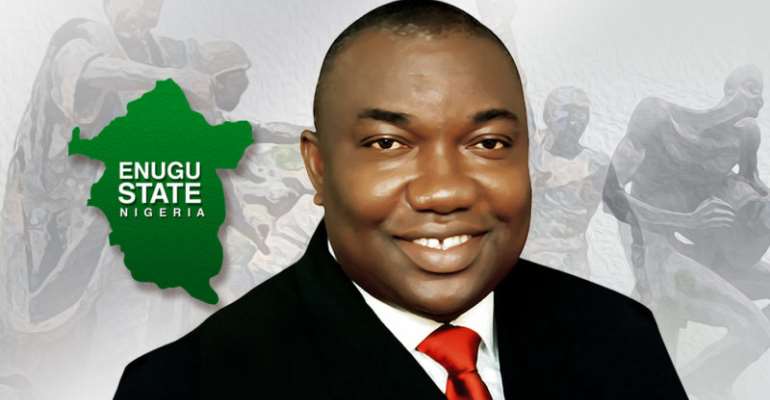 The attention of Enugu Youth Coalition has been drawn to the repugnant, contumacious and malicious publication sponsored against the hardworking governor of Enugu State, Rt. Hon. Ifeanyi Ugwuanyi by some misguided and non-financial members of the All Progressives Congress in Awgu Local Government Area accusing the governor of not been fair to the council.

In a statement released to newsmen in Enugu by the national coordinator of the group, Dr. Edwin Obune, the group said, the claim by these elements are not true but lies manufactured from the pit of hell to cause ill-feelings among the good people of the state.

Noting that, apart from the number of good road networks, rural electrification projects and other social amenities provided to the people, the governor is building the first-ever University of Education in the entire Southeast Geo-Political Zone in the area as well as the near-completion of Awgu Games Village and therefore wondered why such unfounded claim could emanate from failed politicians of the area when authentic members and stakeholders of the party had earlier given the governor clean bill of health over his non-discriminatory and uncommon development of the area.

The group further noted that such claim by misguided elements using the platform of APC is nothing but the voice of Jacob and the Hands of Esau with the hope of causing the flow of blood in the channel of clean waters.

Therefore, we wish to state categorically, that Gov. Ugwuanyi is not a governor for the Nkanu people, or Nsukka people or Awgu people or any part of the state thereof, but a governor for all Ndi-Enugu whose collective mandate and supports he enjoys as the state's number one citizen.

In otherwords, Gov. Ugwuanyi is like the standing fan that blows fresh air to all corners of the room without exception!

We therefore advise those who want to divide us along party lines for their selfish interest to look elsewhere because all Ndi-Enugu are pleased with the government of Governor Ifeanyi Ugwuanyi.

We therefore call on the good people of Awgu Local Government to ignore the make-up story sponsored against the government of Enugu State by drowning politicians who are desperately looking for political revival at all cost not minding the injury their action would inflict on the people.