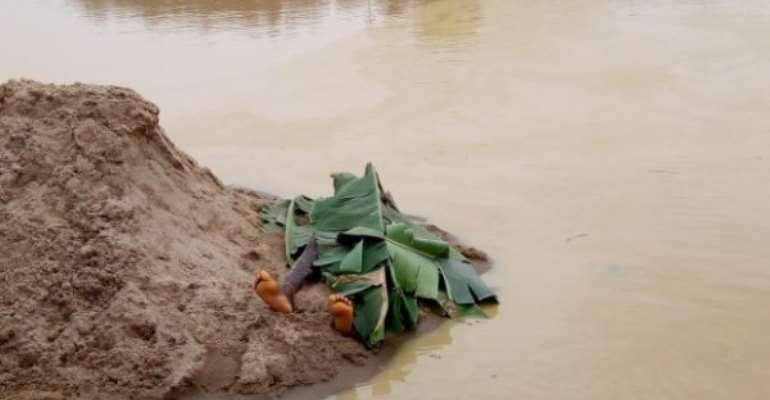 A body of a juvenile which is about 10-years-old has been found in the Kuano River at Asiam, a suburb of Dokrokyiwaa near Coaltar in the Eastern Region.

According to Mr Francis Gomado, Deputy Public Relations Officer (PRO) of the Eastern Regional Police Command who disclosed the incident to the Ghana News Agency (GNA), the body of the female juvenile was found with the throat slashed, the genitals removed, the intestines gashing out of the body and the face disfigured.

He said the body was found by the Coaltar Police after receiving a distress call from Asiam.

The body, yet to be identified, was found dressed in a red skirt with a sports shorts lying in a prone position in the shallow part of the river.

Mr Gomado said, the body has been deposited at the Nsawam Government Hospital morgue for preservation, identification and autopsy, while efforts are being made to trace the relatives and arrest the culprits.