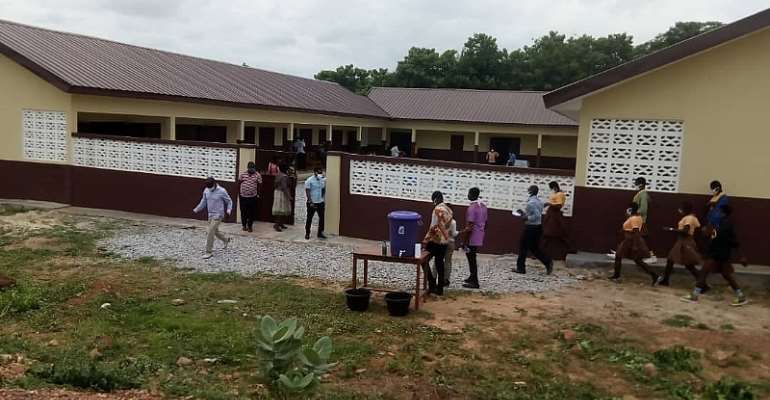 The Member of Parliament for Sunyani East, Kwasi Ameyaw-Cheremeh has inaugurated three classroom projects at separate ceremonies in three communities in his constituency.

Speaking at separate durbars at Baakoniaba, Asufufu and Nkrankrom to officially hand-over the school blocks, Mr. Ameyaw-Cheremeh said the projects were funded through his share of the District Assemblies Common Fund.

He assured his constituents of more development projects in the coming days and encouraged parents to attach maximum seriousness to their wards education to secure them a brighter future.

Mr. Ameyaw-Cheremeh, who is also said the NPP government places premium on the education of the youth, hence the introduction of the Free SHS policy and many other interventions aimed at ensuring quality and accessible education for all.

He advised the public and the teachers to greater instill discipline in the school children to help them become responsible adults in future.

Touching on the on-going Voter's Registration exercise, the Sunyani East MP called on all qualified Ghanaians to register and vote massively for him and Nana Addo for more development-oriented initiatives.

Present at the inauguration ceremonies were the Sunyani Municipal Chief Executive, Justina Owusu Banahene and the Municipal Director of Education, Mrs. Theresa Kyere Boakye and several others.