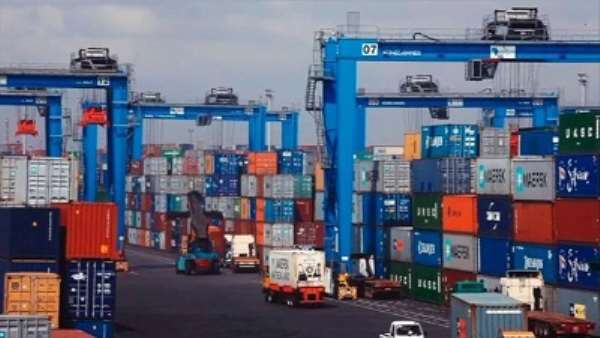 The new trade facilitation tool the Integrated Customs Management System ICUMS deployed by the government at the ports and frontiers is said to have generated some 1,929,481,409.5 billion Cedis as at July 11, 2020 for the government since its inception.

It is instructive to note that, the Commissioner-General of the GRA during his press conference last month pointed out that prior to the full switch over to the new platform ICUMS, its predecessor, the National Single Window System operated by GC Net in partnership with West Blue Consulting, was generating a monthly average amount of GHc940 million.

Board Chairman of the Ghana Revenue Authority (GRA), Professor Stephen Adei who in his first public comment about the ICUMS spoke highly of the not-so-long-ago deployed port management system ICUMS.

Prof Adei speaking in an interview on an Accra based Radio station Joy FM's described ICUMS as a much better system than the previous system manned by the Ghana Community Network Services Limited (GCNET).

His assertion according to him, is based on the revenue generated by ICUMS despite reduced imports at Ghana’s land and sea ports due to the Covid-19 pandemic.

“We are getting better results because in May and June alone, even under Covid-19 there was far more collection of revenue than previously collected under the old system,” he said.

"On average the revenue collected is about GHS 800 million, but just last month we had about GHS 1.2 billion and this is even under reduced imports due to the pandemic. And I'm happy to say that despite Covid-19, our end of May revenue was only 8.6 per cent below the target,” he added.

Speaking further on the show, he asserted that the jump in the revenue collection due to the effectiveness of the ICUMS shows that the country was losing a lot of revenue in the old system and that the resistance mounted against the introduction of ICUMS was due to the fact that 'some people' were afraid of getting 'exposed.’

Prof Adei who admitted to some challenges faced by the new system noted that the challenges were being resolved and the outcomes were promising.

"We have challenges but they are being resolved and the results so far are promising, we are doing our best for God and country,” he stated.

Data available to this paper also show the performance of the ICUMS in June in some boarders to be very impressive.

If you pick the Kotoka International Airport KIA for instance import duty revenues for June stood at GHc55.4 million, was up 20 percent over the GHc46 million generated in June 2019, when trade activities were not curtailed by travel and trade restrictions.