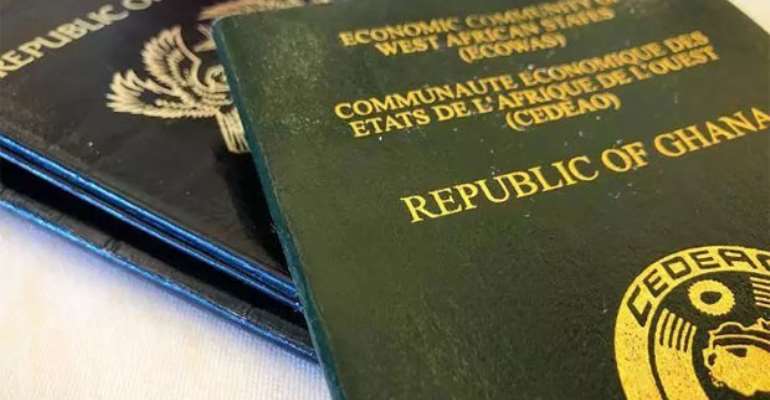 Citizenship has become an issue in the country today for two-edged reasons. For the purpose of registering those who are citizens with a view to compiling a clean voters' register, which is what is going on now, it is good.

But when some persons exploit the subject to stoke ethnocentric flames in the country which is what some individuals, including a chief, are doing we can only condemn them and ask the rest of the country to ignore them.

One of the reasons for the ongoing voter registration exercise is the fact that the previous roll was not clean because it contained names of persons who did not qualify to lay claim to our citizenship. As a result, we were confronted with a situation where foreigners were taking part in elections to choose our political leadership. That cannot be responsible and acceptable.

For those now angry that only Ghanaians are being registered not so foreigners, they have always had the latter claiming the citizenship of this country and voting in our elections, crossing over the border to their countries of origin and finding residence almost immediately. That inured to the interest of those supportive of foreigners voting in our polls and although they knew it was wrong they turned their backs on the anomalies.

This quest for power 'by all means' attitude, including allowing foreigners to flout our laws, is unfortunate, especially when those facilitating it are men laying claim to integrity.

Hypocrisy is a word we would have loved not to use under the circumstance but considering the gravity of the subject, we are constrained to use it to those subtly calling for civil war because foreigners are being disallowed from registering to take part in our electoral process.

Is there any country which allows everybody who comes into its territory automatic citizenship? Of course, there is none.

The NDC led by its flagbearer is 'concerned' that people are being questioned about their citizenship in recent times. Of course, he should be concerned when his party's Togolese voters are being denied access to our voter cards as they used to in previous times for the first time since the appearance of the NDC in local politics.

Is the former President asking that the requirement about citizenship be relaxed or even eliminated for voter identification card applicants? That would have been irresponsible on the part of those bestowed with the task of protecting the territorial integrity of this country and generally managing it.

We would not have been where we are today had those at the helm in previous times not allowed unqualified persons to have access to our passports, voter identification cards and others reserved for only citizens of this country.

The issue of citizenship of the country is so critical that there is no constitution which does not have a chapter on the subject. Who qualifies to be a citizen, how is it acquired by those whose parents do not originate from here and other salient footnotes? These are all dealt with in the Citizenship chapter of the Constitution.

The former President and a chief who are making so much noise about the subject and even claiming that soldiers are searching houses for foreigners are sulking because of selfishness.

No longer will our elections be open to ECOWAS citizens because it is meant for Ghanaians only.

If ensuring the foregone requires questioning the citizenship of individuals who turn up to register so be it.

‘Sputnik-V procurement contract must be re-examined’ – Kwaku...
14 minutes ago

Getting Sputnik-V vaccines from black market using middlemen...
14 minutes ago