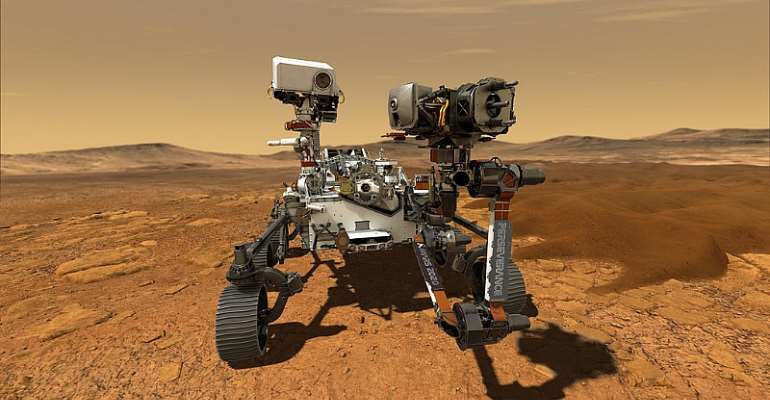 Three exploration missions to the red planet will blast off this summer in a bid to answer one of science's most enduring questions: was there ever life on Mars?

It will take about seven months for the spacecraft to travel 483 million kilometres beyond Earth's orbit and join Mars's more distant orbit around the Sun.

While these days it may be an icy, barren desert, recent robot missions have revealed Mars actually has dried-out river channels and lake beds – leading scientists to speculate there's a good chance the fourth planet from the Sun may have once harboured life.

Closest point to Earth
The Mars missions are set to launch between 30 July and 15 August, the window during which Earth and Mars will be at their closest point in more than two years. While the missions will be costly, astro-biologists say the red planet still offers the best hope of finding evidence of alien life.

Mars is "the only planet with concrete chances of finding traces of extraterrestrial life because we know that billions of years ago it was habitable”, said Jean-Yves Le Gall, president of French space agency CNES.

In what will be the Arab world's first interplanetary mission, the UAE probe Al-Amal – Arabic for “hope” – will be the first to lift off when it departs Japan on Wednesday. Like the others, it will arrive on Mars in February 2021, coinciding with the UAE's 50th anniversary celebrations.

Hope will explore Mars's upper atmosphere and “diurnal" daily cycle from a high elliptical orbit of between 20,000 and 43,000 kilometres – something that has never been done before. Although it will be sent into space on a Japanese rocket, the probe will be controlled from Dubai.

Next to lift off will be China's Tianwen-1 mission that consists of an orbiter, a lander and a rover set to depart Earth sometime around 23 July. If successful, the China's first Mars mission would mark dramatic progress for its space program, placing China among the world's space leaders.

US feat 'most difficult'
Lastly, the mission by the US – the only country to have successfully put spacecraft on Mars – will see a six-wheeled rover named Perseverance dispatched from Cape Canaveral to collect rock samples that will be brought back to Earth in about a decade.

The rover will also attempt to produce oxygen from Mars's atmosphere, which is 100 times thinner than Earth's and is made up of 95 percent carbon dioxide.

“No matter what day Perseverance lifts off during its July 30 to August 15 launch period, it will land in Mars's Jezero Crater on February 18, 2021,” NASA said in a statement.

Jezero is an ancient river delta and lake full of boulders, cliffs, sand dunes and depressions that have never before been explored. New guidance and parachute-triggering technology will help steer the craft away from hazards.

In order to reach the surface, the spacecraft will have to navigate hazy red skies in what Nasa scientists call “the seven minutes of terror” – when the rover relies on a sequence of pre-programmed information to autonomously touch down.

If all goes according to plan, Perseverance will become the fifth NASA rover to land on Mars.