'Icon' of South Africa's struggle: Tributes pour in after death of Zindzi Mandela 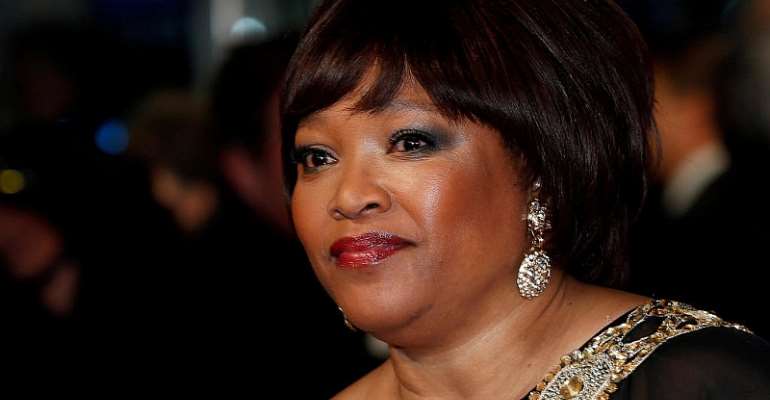 The daughter of South African anti-apartheid leaders Nelson and Winnie Mandela, Zindzi, has died at the age of 59. Mandela has been hailed as a heroine of the country's freedom struggle in her own right.

The cause of her death has not yet been confirmed.
Known for her political and social activism, she was appointed ambassador to Denmark in 2015.

The youngest daughter of South Africa's first black president Nelson Mandela and his second wife Winnie Madikizela-Mandela, Zindzi rose to international prominence in 1985 when she read out her father's rejection of the white minority government's offer for freedom.

Tributes poured in Monday following news of her death.

Household name
"Zindzi Mandela was a household name nationally and internationally, who during our years of struggle brought home the inhumanity of the apartheid system and the unshakeable resolve of our fight for freedom," said President Cyril Ramaphosa.

He mourned what he described as the "icon" of South Africa's transformation.

“After our liberation, she became an icon of the task we began of transforming our society and stepping into spaces and opportunities that had been denied to generations of South Africans," he wrote on Twitter.

Ramaphosa said Zindzi's death was all the more dumbfounding as it came a week before Nelson Mandela International Day on July 18, commemorating the former president's birthday.

Many have remembered her for being by her parents' sides while growing up during the anti-apartheid struggle and well after.

A heroine
"She still had a role to play in the transformation of our own society and a bigger role to play even in the African National Congress," said Pule Mabe, spokesman for the governing ANC party, who described Zindzi's passing as "untimely".

Educated in South Africa and Swaziland, Zindzi spent many years involved in the liberation struggle, and embraced roles in the arts, philanthropy and business.

"Zindzi will not only be remembered as a daughter of our struggle heroes, Tata Nelson and Mama Winnie Mandela, but as a struggle heroine in her own right," said South Africa's Minister of International Relations and Cooperation Naledi Pandor.

She grew up at the height of the struggle against apartheid. With her father imprisoned at Robben Island, and her mother in and out of jail, she took on a bigger role in the fight to end the brutal system of racial discrimination enforced in South Africa at that time.

"She served South Africa well,” Pandor added in a statement, expressing her condolences to the Mandela family.

Tobias Elling Rehfeld, Denmark's ambassador to South Africa, said he was "saddened" to learn about her death and praised a "tireless" colleague who always had a smile on her face.

The mother of four was the author of Black As I Am, first published in 1978.

Zindzi is survived by her husband and four children.