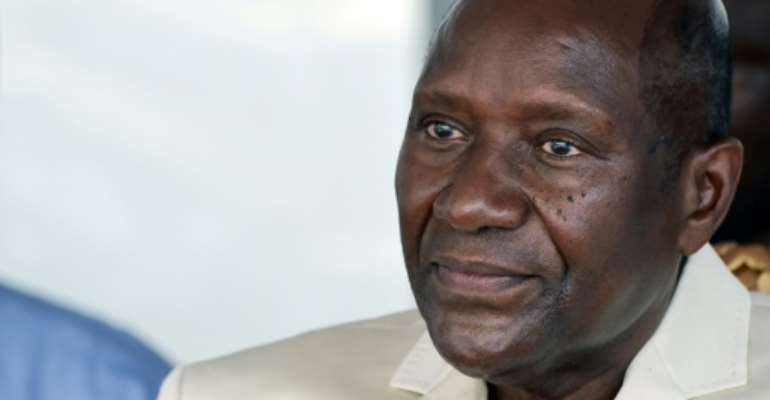 Ivory Coast's Vice President Daniel Kablan Duncan has stepped down, the presidency said on Monday, an announcement that comes on the heels of the sudden death of Prime Minister Amadou Gon Coulibaly on July 8.

Kablan Duncan, 77, "handed his resignation to the president on personal grounds on February 27", it said in a statement read by chief of staff Patrick Achi.

"After several conversations, the latest of which took place on July 7, the president accepted (it) and on July 8 signed the decree ending Mr Kablan Duncan's duties."

Rumours that Kablan Duncan would be leaving office have circulated for several days.

He has traditionally been seen as close to President Alassane Ouattara, even though he is a member of a party that was once part of his political alliance before joining the opposition.

A veteran figure of Ivorian politics, Kablan Duncan served as foreign minister from 2011-12 and then as prime minister in charge of economy and finance from 2012-17.

In January 2017, he became the first vice president in Ivory Coast's history, taking up a post created under a new constitution adopted in 2016.

Ouattara "would like to pay tribute to a great servant of the state, a man of power and commitment," the statement added.

His departure was announced just five days after the shock death of Coulibaly, 61, a popular figure seen as Ouattara's anointed successor for elections due in October.

Coulibaly had just returned to Ivory Coast after a two-month stay in France, where he received a coronary stent to alleviate heart problems.

One of the world's major coffee and cocoa producers, Ivory Coast still bears the scars of a brief civil war that erupted nearly a decade ago.

In 2011, Ouattara ousted the then-president, Laurent Gbagbo, who refused to leave office after losing elections. The months-long standoff claimed some 3,000 lives.

Eight days of national mourning for Coulibaly began on Friday, after which he will be buried in his hometown Korhogo, in the north of the country.

An emerging option for Ouattara, 78, is that he may seek to run again -- a choice that could spark accusations of abuse of democracy under the country's two-term presidential limits.

In March, he decided against seeking a third term in office, but has previously argued that the constitutional change reset the clock, enabling him to do so.

‘Sputnik-V procurement contract must be re-examined’ – Kwaku...
37 minutes ago

Getting Sputnik-V vaccines from black market using middlemen...
37 minutes ago