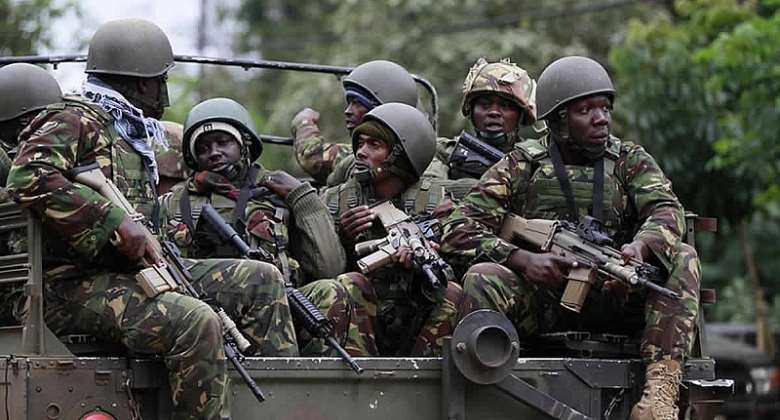 After government intensified the security at the respective borders Ghana shares with her respective neighboring countries at the north, east and west, there has been spontaneous agitations by a small section of the public who are of the school of thought that the Government of Ghana wants to use it as a conduit to obstruct the registration of the section of Ghanaians living in the neighboring countries.

Note, ahead of the 2020 Electoral Commission(EC) New Voter Registration exercise, the Government of Ghana deployed soldiers to intensify the provision of security at the respective borders Ghana shares with her neighbors.

The above breakdown explicitly debunks the notion that the initiative by government is an agenda targeted at particular groups of people with an aim to reduce their respective voter registration turn out.

To add up, this deployment has become very urgent in the midst of two occurring very crucial events in the country; COVID-19 pandemic and EC new voter registration, where the anxiety characterized by a thirst by the respective political parties to bloat an increase of their respective members in the register, and also similar hunger by individuals of both Ghanaian and non-Ghanaian origin to acquire the voter identity cards for their respective needs and interests, has the tendency to surge the infection rate of the devastating COVID-19 virus in the country.

Note, in March, 2020, as part of measures to control the spread of Covid-19 in Ghana, the Government of the country announced a number of measures to be put in place to control the spread of the virus. The measures included restrictions on external movement and others. The restrictions on external movements which have remained in force till now included the closure of the borders of Ghana to both foreign and local nationals by land, air and sea, but excluded the movement of goods and essential services. This precautionary measure also had a clause which instructed and insisted that before any one outside Ghana would be allowed into the country, the individual would be put under a fourteen (14)-day quarantine in order to check and regulate the swell of the transmission of the virus through imported cases.

The above therefore makes it right by government for the deployment of the military personnel for the intensification of the security at the country’s respective borders so that Ghanaians and Non-Ghanaians who intentionally or unintentionally attempt to enter the country through approved and unapproved routes without following the due regulations could be apprehended and channeled through the right procedures of a fourteen (14)-day quarantine, and others, before their clearance, and further grant of approval for their movement and their other respective activities they intended or intend to embark on in the country.

Inline with the foregoing, citizens of Ghana especially those across the border towns of the nation should therefore be glad and appreciative that such initiative has been put in place by government to safeguard them and the nation as a whole from a surge in infection from imported cases of COVID-19.

Bagbin fly to Dubai for medical review after budget rejectio...
37 minutes ago