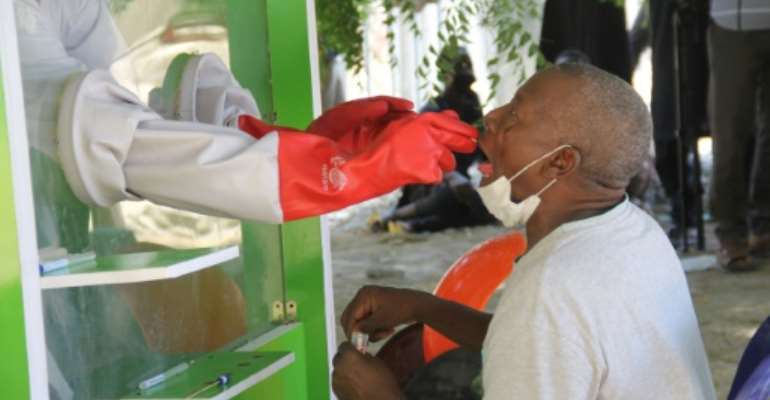 Nigeria has recorded more than 32,500 cases of coronavirus, of which 740 have been fatal. By Audu MARTE (AFP)

Doctors in Nigeria's largest city Lagos began a three-day warning strike on Monday over welfare and inadequate protective kits, but said medics handling coronavirus cases would not be involved.

The industrial action is the latest in a string of stoppages by medics to hit Africa's most populous nation as it struggles to halt rising infections.

Doctors under the auspices of the Medical Guild Association said they called the strike after the Lagos state government failed to meet demands for additional pay and better protection.

He said the stoppage would not include members working in coronavirus isolation wards despite a backlog in their wages.

"Doctors working in COVID-19 isolation centres are still being owed two months; salaries which have remained unpaid at the moment," he said.

"Our members are putting themselves on the line daily to provide care, and we need to do everything to protect our colleagues."

Lagos, the country's largest city of 20 million inhabitants, accounts for the bulk of the cases.

More than 800 health workers have been infected by the virus, according to the Nigeria Centre for Disease Control.

The Nigerian Medical Association -- the country's main doctors body -- has launched or threatened a series of strikes during the pandemic over welfare and safety.

Repeated governments in Africa's biggest oil producer have been accused of underfunding the health sector and experts warn it risks being overwhelmed if virus cases surge.

You can’t dictate to Akufo-Addo; stop the disrespect – Sefwi...
20 minutes ago