Increased Vigilantism: A Symptom Of Party Membership Management Lapses And The Way Forward 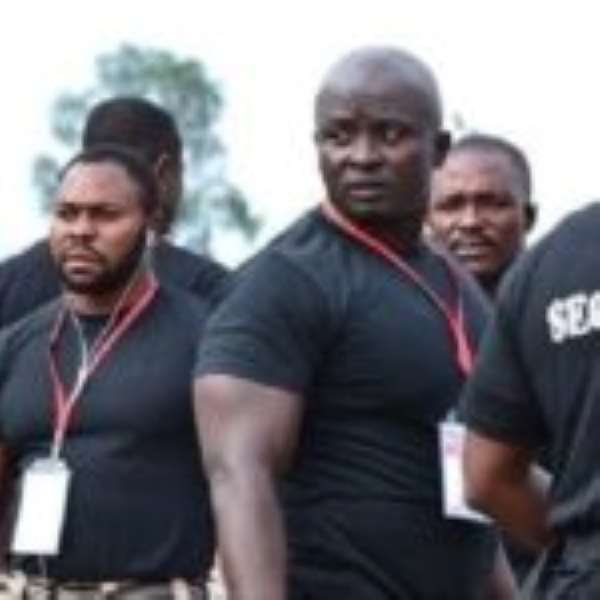 The inception of the 1992 constitution which ushered Ghana into its 4th Republican Democracy, saw the emergence of vibrant political parties such as the National Democratic Congress (a coalition of the National Democratic Congress, National Convention Party and Every Ghanaian Living Everywhere), the New Patriotic Party, People's National Party, National Independence Party and People's Heritage Party.

The aftermath of the 1992 elections has similarly, witnessed the birth, death and amalgamation of political parties to present today Ghana and some of which include, People's National Convention, Convention People's Party, United Ghana Movement et cetera and lately, the Progressive People's Party plus the National Democratic Party using the 2016 general elections as the yardstick. Very significant to this strategic document is the mention that "Ghana's 4th Republic has not been spared the menace of political vigilante groups", an "in-house approved" but publicly denied unofficial wing of unguarded political party youth groups.

Following a consensus reached by the National Democratic Congress and the New Patriotic Party on Tuesday, April 9, 2019 at a stakeholder dialogue meeting mediated by the Ghana Peace Council, a wave of hope clouded Ghana's political atmosphere.

At least, for the first time, the country has seen a collaborative effort by the two dominant political parties (NDC and NPP) in the drafting and hopefully, the passing into law of what is now known as the "Vigilante and Related Offences Act, 2019". It is evident that political parties since Ghana's independence have engaged the services of youth groups in various ways.

Mention can be made of the Convention People’s Party ‘Veranda Boys’ (pacesetters of youth activism in Ghana), important machinery employed by Dr. Kwame Nkrumah (Ghana's first president) in the run-up to Ghana's independence. Such youth groups have metamorphosed into modern-day political vigilante groups. Similarly, under the pre-4th Republic Constitution, Ghana witnessed similar groups such as the "Mobisquad", Committee for the Defence of the Revolution (CDR), Workers Defence Committees (WDCs), Peoples Defence Committees (PDCs) who were trained and equipped to defend the Provisional National Defence Council (PNDC).

Even though this bold step (Vigilante and Related Offences Act, 2019) deserves to be applauded, it is the position of STRANEK-Africa that the passage into law and even the effective enforcement of this Act would likely turn out to be a one off "window dressing", whiles unknowingly ignoring the root course of this menace (vigilante Group activities).

It is, therefore, the position of STRANEK-Africa that the emergence and threat of increased Political Vigilantism to Ghana's National Security and its democratic regime, is only but a symptom of Party Membership Management Lapses by political parties in Ghana. The goal of this policy document, therefore, is to contribute and provide informed policy proposal on how improved Management of Political Party Membership in Ghana will help curb the threat of political vigilantism in Ghana.

Attitude and Posturing of Political Party Leaders in Ghana

Youth who have nothing to give but could display sheer show of bravado and machoism are directly or indirectly, consciously or unconsciously oriented and recruited to undertake offensive attacks on political opponents or carry out the wishes and directions of party leaders. Even though Section 2 (1) of the Political Parties Law Act 574, (2000) states that “subject to the Constitution, every citizen of voting age has the right to participate in political activity intended to influence the composition and policies of the government”, oftentimes, the activities of these vigilante groups threaten the lives of innocent Ghanaians to the extent that some are prevented from voting whiles some have had to refrain from voting (disenfranchised) to save their lives or avoid trouble, especially in swing constituencies. In most cases, the strongholds of opposing political parties are not left out.

Not only has this posturing lured these youth into acts of political vigilantism but have also emboldened them to act with impunity regardless of the law enforcement system in place, because there is hope in sight for them. This hope in sight comes in the forms of political parties organizing mass number of supporters to solidarize with these perpetrators/agents and sometimes promising them juicy packages and assignments (joining the Police Service, National Security, BNI et cetera) when the party wins elections.

A typical example is the posturing of the Deputy General Secretary of the ruling New Patriotic Party (NPP) Nana Obiri Boahen, in relation to the compiling of the ‘New Voters Register’. Speaking on Dadi 101.1FM and responding to the position of the NDC on the compilation of the ‘New Voters Register’ on 13th May 2020, Nana Obiri Boahen warned that “Stay home if you don’t agree to the compilation of the new register because anyone who tries to disrupt the exercise will be beaten. We will beat you mercilessly.

What happened in Ayawaso is just a tip of the iceberg”. Similarly, David Prah, the Eastern Regional Communication Director for the New Patriotic Party (NPP), during an interview on Happy 98.9 FM’s program ‘Epa Hoa Daben’ on 19th March 2020 said, “we have asked our people to beat anyone who attempts to disrupt the process. The lawlessness of the NDC is within their party only and cannot transcend outside the NDC.

Anyone who thinks he can put the law into his hands and disrupt the process should know that we in the Eastern region will beat them”. On the other side, on 16th November 2019, NDC Member of Parliament for Kintampo South, Felicia Adjei, with the help of heavily built macho men assaulted and disrupted the mass registration exercise being carried out by the National Identification Authority (NIA) in the Bono, Bono East and Ahafo Regions. Same can be said about Mr. Bernard Mornah’s (National Chairman of the PNC) rhetoric during the Inter-Party Resistance against New Voters Register press conference on May 26, 2020, in Accra.

Mr. Bernard Mornah’s is reported to have said "People, who are already Ghanaians and already registered and going to be taken out of the voters register, don't you think confusion will come at the registration station and if confusion comes there, you think the EC staff will be safe. We will beat each other there. We will kill each other there if that is what the EC want to lead this nation to".

Before you attempt to downplay the posturing of these political actors, remember, these are significant actors with a very significant influence on the behaviour and actions of their party members. It is, therefore, the position of STRANEK-Africa that the communication strategy (an important membership management tool) of these political parties, reflects peace and not militant as we approach the 2020 General Elections. This is because the “how” and “what” political parties’ and its leaders communicate to its members can either incite, encourage and embolden unsuspecting youth to engage in political vigilantism with impunity.

Assin North : This is pure criminality, I foresee the state...
7 minutes ago