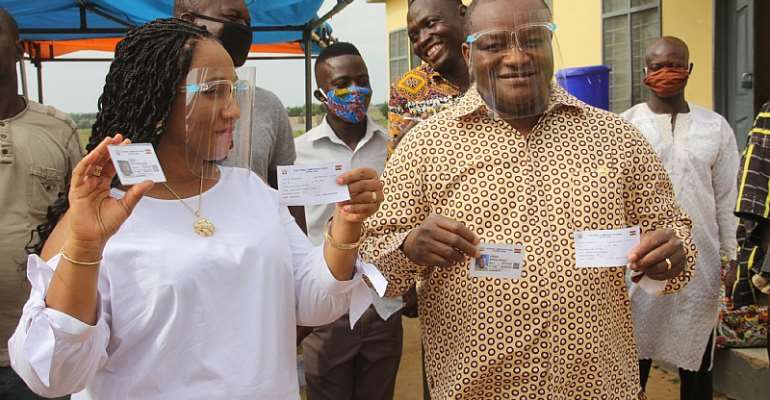 The founder and leader of All people's Congress Dr Hassan Ayariga has registered and obtained a new voters' identity card.

Dr Hassan Ayariga on Saturday, July 11 obtained his voter identification card at Tinsung B. polling centre in the Bawku central constituency of the upper Region.

Dr Hassan Ayariga was accompanied by his wife and 6 constituencies chairperson in the kusaug Traditional area.

Addressing the media after obtaining his voter ID card, Dr. Hassan Ayariga said he had a challenge with the minus being taking advantage to register in the ongoing registration exercise.

He said because there is no legal document barking vouching and its 2 eligible voters and so there was no guarantee of credibility and so the mere fact that the electoral commission says the current voter register is not credible it was an elusion that the one we are producing now is going to be worse than the previous one.