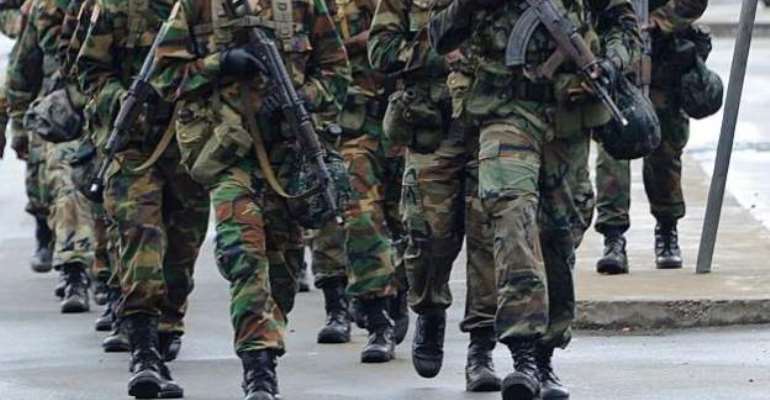 About 300 registrants at D/A Primary Akwadaanyame 1 in the Ahafo Ano North Constituency were forcibly dispersed by gun-wielding military officers from the 3rd Infantry Battalion at 4pm on Saturday before the closing of registration.

The BVRs had been breaking down intermittently throughout the day, according to our correspondent.

The polling center is a perceived stronghold of the opposition National Democratic Congress (NDC).

Some key NDC officials present at the scene expressed worry about the development which could disenfranchise several potential voters.

“All these tactics have been deployed by the EC/NPP to disenfranchise many of the qualified Ghanaian registrants.

The EC refused to deploy its Mobile BVR to the centre in spite of numerous calls to the office. Again, they spent more than 4hrs to respond by sending a technician instead – whose presence did not solve the problem,* an executive said.

Another noted: “We have filed an irregularity complaint and taken stock of about 300 registrants who were queued and subsequently dispersed by the military

“I was nearly attacked by one of the military personnel who came from Sunyani (3BN)… When he ordered his colleagues to start whipping the registrants, I had to give in and ask the crowd to move from the center.”

“It was a scary situation for the residents of the area and its adjoining communities,” one Yaw Brogya Genfi stressed.

The EC is yet to officially comment on the incident.