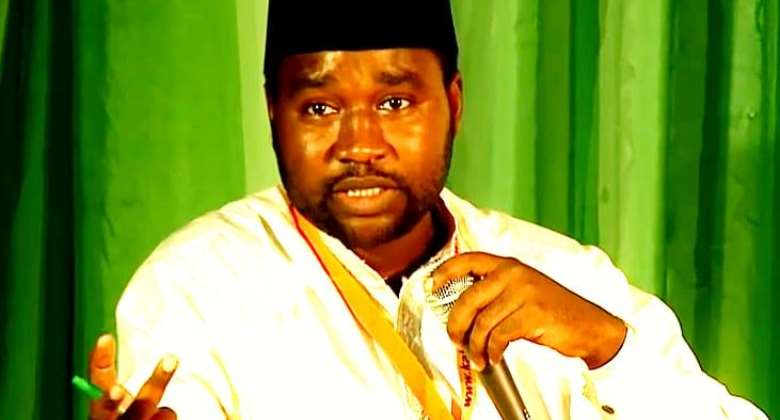 Today is the birthday of Mubarak Bala, president of the Humanist Association of Nigeria. Unfortunately, Mr. Bala is not celebrating on this day. His wife and his baby are not celebrating too. His friends are not marking and cannot mark this special day because Islamists in Kano have connived with the police to disappear him. Police detectives arrested Bala on April 28, 2020, following a petition that he made posts on Facebook that insulted the prophet of Islam. It has been expected that Bala would be tried and of course, acquitted because he committed no crime. But has the trial happened? No.

The police transferred Mr Bala to Kano the following day, April 29. Since then, his whereabouts have been unknown. The police have not given him access to a lawyer. They have not charged him in court. There is no independent confirmation of a sign of life. It is over two months since Bala was arrested and the police have used all kinds of excuses to deny him legal representation and to hamper access to justice. Nigerian authorities have continued to lie to the world about the arrest and detention of Mubarak Bala. They have refused to uphold Bala's human and constitutional rights.

It has been reported that Bala is held in protective custody and had not been charged due to the COVID19 pandemic. Unfortunately, these are all lies and part of the legal charade that the police have orchestrated to punish Mubarak Bala and to appease the Islamic establishment. As expected there has not been any statement from Muslim organizations condemning the arrested and mistreatment of Mr Bala. Imagine if Bala were a Muslim detained somewhere in the southeast for blasphemy. Instead, some shadowy Muslim clerics in Kano have endorsed the arrest and have threatened those calling for the release of Mr Bala. While many Muslim zealots have been in the background working with the police authorities to ensure Bala's detention without trial, others have openly threatened to murder him if he was not adequately punished.

It is difficult to comprehend that no prominent Muslim leader in the country has come out to openly urgent that Bala's case is prosecuted according to the law. No Muslim activist has called for an end to this legal charade going on in Kano.

The deafening silence in the face of this outrageous treatment of Mr Bala speaks volumes about the pervasiveness of Islamic extremism in the country. Muslims and all Nigerians need to understand that an allegation of blasphemy is a threat to the human rights of all persons, believers, and non-believers alike. And all people of conscience in Nigeria should not keep quiet or keep looking the other way while Bala languishes in police custody. Nigerians should know that it may be the turn of an atheist today. It could be that of a Muslim or a Christian tomorrow.

Before his arrest, Bala spoke out against the ills of Islamic extremism in northern Nigeria. He did not look the other way while Muslims suffered and died because he was an ex Muslim. He was concerned about the human rights of Muslims and non-Muslims alike. He campaigned for the general well being of all persons. Bala earnestly wanted to solve the problem of almajiri in the region. It is unfortunate to see those he passionately cared for and catered for turn against him and betray him. It is shocking to see those that he wanted to enlighten persecute him. It is sad to see Muslims jubilate and demand his incarceration and execution following his arrest and detention in Kano.

It is heartbreaking to see that Muslims in Kano would not allow him to celebrate his birthday because they value their religion more than the life and dignity of Mubarak Bala. It is painful to see Muslims blinded by their religion and refusing to respect the humanity of Bala. But look, Mubarak Bala, wherever you are today, wherever you may be at this moment, please understand this: Some people value your humanity more than their religion or belief. Some persons see you as a force for good, progress and enlightenment in Northern Nigeria. These concerned individuals across the globe are deeply troubled and unhappy with your current predicament. They miss you and are vigorously campaigning for your release and freedom. They celebrate you on this special day.