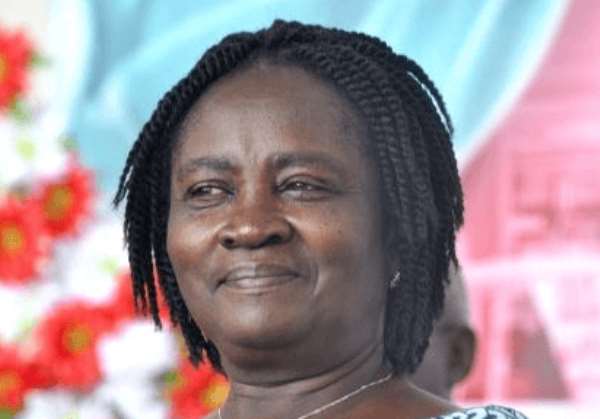 You cannot be politically more desperate than Mr. Mohammed Adamu Ramadan, the brother of Mrs. Samira Bawumia, the Second-Lady of the Sovereign Democratic Republic of Ghana, to suppose that questioning the common sense of Candidate John Dramani Mahama, in the latter’s choice of Prof. Jane Naana Opoku-Agyemang as his Vice-Presidential Candidate, as one that lacks a seriousness of purpose, to be tantamount to an inexcusably sexist remark (See “Yaw Buaben Asamoah Must Apologize and Retract Sexist Comment Against Professor Naana Jane Opoku-Agyemang” Modernghana.com 7/7/20).

This is rather sophomorically ironic on the part of Mr. Ramadan, who is also the 2020 National Democratic Congress’ Parliamentary Candidate for the Adentan Constituency, in the Greater-Accra Region, because as the Mahama-appointed Education Minister, the former Vice-Chancellor of the University of Cape Coast was one of the women politicians who appended their signatures to the latter calling for the then-President John Dramani Mahama to ride roughshod over the Supreme Court decision to have the infamous Montie Three/Trio pro-NDC agitprop shills and pro-Mahama terrorists spend some four months at the Nsawam Medium-Security Prison.

The trio, namely, Messrs. Salifu Maase, Alistair Nelson and Ako Gunn, had publicly threatened to rape then-Chief Justice Georgina Theodora Wood, the longest-serving Head of Ghana’s Apex Court, because Mrs. Wood had flatly refused to kowtow to the election-rigging shenanigans of the Mahama-led National Democratic Congress, at the time the ruling party and government. The Montie Three/ Trio would be sprung out of the slammer by the then-President Mahama, unscrupulously using his largely handpicked membership of the Council-of-State to release these terror-mongers after the latter had served barely three months of their diddly four-month sentences.

So, it would be quite fascinating to learn from those Mahama shills who quaintly claim that the appointment of Naana Opoku-Agyemang stands to infuse an enviable measure of integrity into the Mahama Presidential-Election Campaign, as well as a second Mahama regime, in the highly unlikely event of the latter’s being elected President in the 2020 Presidential Election. It goes without saying that Naana Opoku-Agyemang brings her own considerably heavy negative baggage to the Mahama Presidency, having performed grossly incompetently as Ghana’s Minister of Education. Under Prof. Opoku-Agyemang’s tenure as Education Minister, very basic tools like writing chalk could scarcely be supplied to our basic school pupils.

It would also be interesting to witness on the electioneering campaign trail, precisely what level of moral or political integrity the selection of Naana Opoku-Agyemang as Mr. Mahama’s running-mate would be brought to such critical questions as the European Airbus SE Payola Scandal, the Jibril Kanazoe Ford Expedition Extortion Racket and the AKSA Energy Scam and the Brazil Embraer Aircraft Purchasing Scandal. Then, of course, there is the issue of the double-salary drawing by the Mahama cabinet appointees, a couple of whom have voluntarily decided to leave Parliament on the quiet. According to his main parliamentary challenger, Mr. Yaw Buaben Asamoah, who also doubles as the Communications Director of the ruling New Patriotic Party, has woefully underperformed as the Member of Parliament for the Adentan Constituency.

So, Mr. Adamu Ramadan, going into the 2020 parliamentary election, may be expected to tell his would-be constituents precisely what the NDC-sponsored previous parliamentarians did better than Mr. Buaben Asamoah, whose remarkable dynamism resulted in the construction of more walkovers in the Adentan section of the Accra-Aburi Highway and the drastic reduction in pedestrian road-crossing fatalities. As well, the drastic enforcement of pedestrian traffic regulations. Naana Opoku-Agyemang has proven herself to be scandalously anti-feminist for any of her Amen-Corner shills and touts to facilely and cynically dress her up as a victim of partisan-provoked sexism. The evidence is there for all to see.