Re: Concerns Over The Arbitary Arrest/Harrassment Of Mr. Madi Jobarteh And The Deteriorating State Of Freedom Of Expression In The Gambia 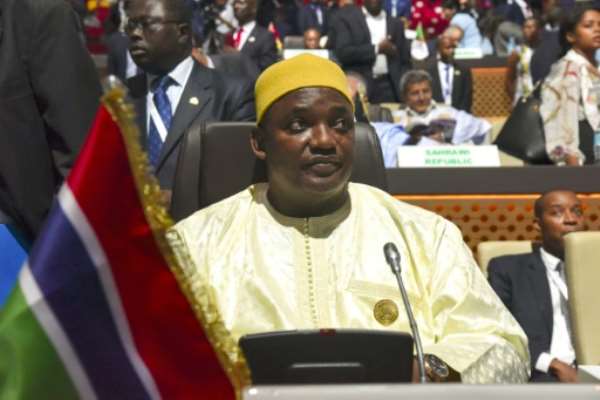 Office of the President State House

Mr. President, we recall that Mr. Madi Jobarteh, on 30 June 2020, was invited by the police to clarify a media interview he had granted relating to George Floyd and the Black Lives Matter Movement during a demonstration he organised on the 27 June 2020 in front of the United States Embassy in Serrekunda.

Mr. Madi Jobarteh had during the said media interview criticised your administration for its inaction in investigating the reported killing of three Gambian citizens, Haruna Jatta, Ousman Darboe and Kebba Secka, by Gambian police officers between June 2017 and July 2019.

He was subsequently arrested, charged with “false information and broadcasting”, was granted bail, and asked to report to the police regularly for an undefined period. This amounts to harassment and the curtailing of his rights to freedom of expression as guaranteed in the Constitution of the Gambia--which mandates the Government to respect, safeguard and allow for the enjoyment of those rights.

Mr. President, we also use this medium to remind you that this continuous harassment of the person of Mr. Madi Jobarteh is a direct violation of the various international and regional human rights frameworks and norms such as the United Nations Declaration on Human Rights, the International Covenant on Civil and Political Rights (ICCPR), the UN Declaration on Human Rights Defenders and Human Rights Council resolutions 22/6, 27/5 and 27/31, and the African Charter On Human And Peoples' Rights, which The Gambia subscribes to, and should be respected.

Mr. President, we would like to state categorically that Mr. Madi Jobarteh was exercising his fundamental human right to expression and any attempt to muffle him or intimidate him is unconscionable and must be condemned totally. Civil society organisations across West Africa and beyond commend Mr. Madi Jobarteh’s contribution to democratic governance, development, and goodwill in his defense of human rights, not just in the Gambia but across the region.

For a country and people that have gone through 22 years of dictatorship, and for the same country and people who ushered in a “new dawn” with your leadership, Mr. President, the last thing they want to see is the remnants of the old regime - intimidation, arbitrary arrests, detentions, false accusations – all calculated attempts to stifle dissent and the voices of citizens.

Mr. President, we also wish to underscore the fact that Mr. Jobarteh’s arrest and false accusation is just one of the many, suggesting a dangerous descent for the country as far as human rights, freedoms and democratic governance are concerned. Several in the line of police mistreatment include Mama Kandeh (‘invited’ by the police for expressing his opinion on ministers and corruption); Fabakary Tombong Jatta (questioned by the police for asking the Government to release detained security officers); Dr. Ismaila Ceesay (detained for proffering advice to the President about the military); Fatou Badjie (arrested and charged proclaiming the President is not a good Muslim); Amadou Scattred Janneh (questioned by police for standing up against the destructive Chinese fishmeal factory in his community); and many others. Other instances include the deliberate clamping down on citizen groups and political organizing with parties been denied permits to protest or to hold rallies beginning with #OccupyWestfield in 2017. Gambians should not be treated as enemies of the state because they are only expressing their opinion on national and policy issues or defend human rights and good governance.

Mr. President, actions such as these make citizens and the world question the change you promised the Gambia people. The blatant disregard of the abuse of the police and security forces, arbitrary and illegal arrests and intimidation of human rights defenders and citizens is a mark of the Gambia under the erstwhile dictatorial regime, and must not be allowed to fester in the new Gambia. If allowed, these actions would erode the very gains made when the “Gambia Decided”.

We, in solidarity with the people of the Gambia, and Mr Madi Jobarteh in particular, therefore, call upon your administration to reverse this disturbing trend, and demonstrate greater commitment to civil and human rights, and protect the fundamental and constitutional rights to expression of Gambians.

We call on your government to immediately;

Sincerely Yours, The Undersigned