Love Letter to the President of the Republic of Ghana 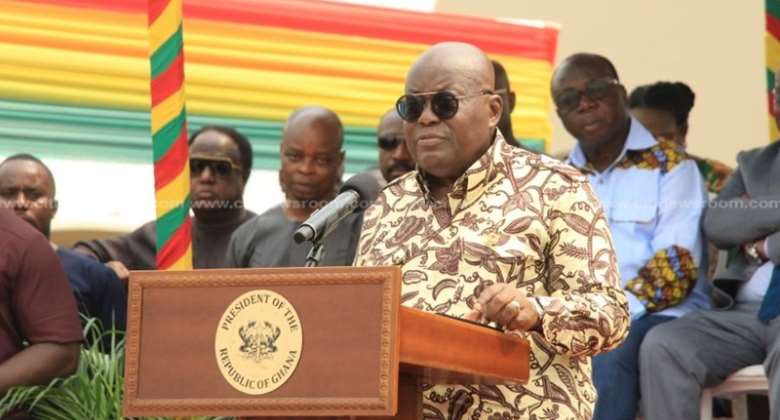 I have come to your high office to channel some observations experienced on covid-19 over the past three months. Taking cues from the telling effects of the pandemic on the socio-economic conditions of the country, your enviable steps through the Executive instruments (E.I) vested as a president made you shut down all borders due to the increasing cases of corona virus recorded globally in March. Again, after a number of considerations by stakeholders in the country, you initiated a partial lockdown in the regions that the virus has greatly affected. With the charisma to contain and trace, prevent the virus to make the lives of the people in the country satisfactory, came with intervention programs to accommodate the poor and vulnerable and awakening small scale businesses who were on the verge of collapse. I would say Ayeeko to such initiatives rolled out by your administration.

Conversely, Nana, your administration who has charged the populace to adhere to the basic protocols outlined by the E.I is rather taking the inverse/opposite side of it. Not long ago, the national identification authority, given all the indicators of the virus, ignored the restrictions on social gatherings unless stated otherwise to proceed with the NIA registration. It took concerned citizens and well-meaning Ghanaians to appeal before the authority to pay heed to the advice. Then again you allowed a maximum of 100 people to assemble relating to the social gathering by observing the social distancing. This granted the Electoral Commission an avenue to register people within the limited number but sir, the picture of the registration is otherwise.

Additionally and most importantly, role models and ambassadors who are championing the campaign to help spread calm but not fear when the numbers of the virus rising are not observing social distancing. On a more critical note, they have abandoned the use of the nose mask hence making people ignore the fact that the virus is real and exists in the country.

Sir, about a week ago came a lot of resentments about the deployment of military personnel to the Eastern part of the country’s border leaving other borders though tight but not as strict as that of the East (Ketu South). This deployment brought tension which from videos and pictures, I observed innumerable people weren’t in their nose masks and obviously, no social distancing was observed in their quest of voicing out their displeasure about the issue.

Sir, during your party’s primaries, many of the basic protocols were breached and I’m sure that and many other social gatherings have led to the skyrocketing of our numbers. Looking at the situation currently, Sir, please things are getting scary and worse as we least expected because people especially your appointees are doing things in their own comfort zone which go unnoticed and these government officials are the same stakeholders who are supposed to spearhead the campaign to defeat the virus. Some days earlier, your visit to some registration centers saw millions of people in the excitement and cheering you up and from observation, myriads of people were not observing the social distancing and least to say some were not in their nose masks.

On a lighter note, this visitation was needless considering the intensity and time factor. By that visitation saw you taking an emergency 14-day self-isolation with the suspicion that the man of the land has been infected meaning many around you may directly and indirectly contract the virus if the test (God forbid) comes out positive. Despite your remarkable and courageous fight against the virus, Sir please they are not enough because the very people who take care of the patients are dying and others are contracting the virus.

Nana, I would be grateful if you could advise your appointees to exercise patience and decorum when dealing with people in the country. I will end here with a quote from you “we know how to bring back the economy but what we do not know is how to bring life back” although we will miss your ‘Fellow Ghanaians, I have come to your home once again’ Myself and the good people of Ghana wish you speedy reclamation to bring back the economy before December 2020. We could only hope for a better year but it is imperative to note that, better things come with good preparation.

Your Concerned Citizen not a Spectator.