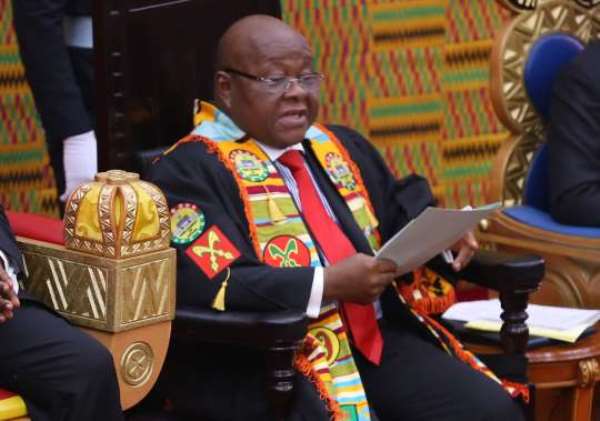 Ghana's Parliament may not shut down under any circumstance owing to the spread of the coronavirus, according to the Speaker of Parliament Prof Mike Oquaye.

It would be recalled that Parliament recorded its first cases months ago prompting some MPs and health experts to call for a shutdown of the House.

However, speaking on the floor Prof. Oquaye directed for another disinfection of the chamber to be carried out next week.

He explained the finance minister is expected in the house for presentation of the mid-year budget review so if parliament should close the country will grind to a halt.

“We all know one thing, Parliament is not like many other places where you can simply say we have suspended or close down. Very soon the minister of finance will read the supplementary budget. if Parliament doesn’t sit the country will shut down, there will be no money, it’s simple as that. So as for Parliament, let us know, we are in a very peculiar situation.

“Government departments can operate in case of emergencies separately and individually. Parliament is Parliament so let us also be very careful to manage protocols and matters concerning us. In fact, it looks like it may have to the last stop, otherwise, there is no country,” the Speaker said.

He also warned members who still allow their aides to report for work despite the directive against it to desist from the practice. Some members of the legislature have contracted the virus.

Some state organisations including the Finance Ministry, BOST and COCOBOD have already shut down over the virus.

Conflict 'behind us', Ivory Coast's Ouattara says after gree...
41 minutes ago