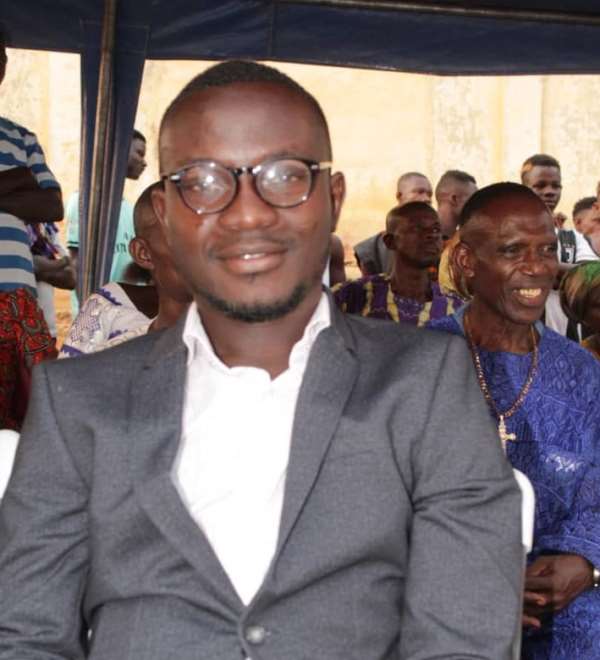 The Assembly Member for Atiemo Nkwanta Electoral Area in the Asante Akyem South Municipality, Hon. Prince Adu has called on the Government to prioritise the development of roads in the area to enhance the economic activities of the people. He said the road from Atiemo Nkwanta to Amanfrom and Chempo is in a deplorable state which seems to impede the development of the area.

According to him, the area is gifted with many food and cash crops such as cocoa, cashew, palm plantation, maize, cassava, yam, tomatoes, onion and other vegetables which could be exploited to improve the economic fortunes of the people.

But almost all the produce Hon. Adu asserted are not able to find their ways to the major markets in and outside the Municipality due to the extremely poor roads in the area.

Speaking in an interview with the media at Juaso, the Assembly Member who is also a farmer said even though the Asante Akyem South Municipality had seen an appreciable level of development in the last few years of the NPP rule, his Community was yet to receive their deserving share of the development.

He therefore on behalf of the Chiefs and people appealed to the Government through the Municipal Assembly and the Member of Parliament to turn special attention to the community for an accelerated social, economic and infrastructural development.

Hon. Prince Adu also appealed to the Government to provide the area with teachers’ quarters as motivation for the teachers to stay and work in the area.

He disclosed that almost all the teachers in the area commute to and from different communities every school day and arrive very late for classes.

Hon. Prince Adu further disclosed that the deplorable nature of the road also deters most of the teachers without private means of transport to attend school on regular basis.

The Assembly Member for Atiemo Nkwanta Electoral Area also appealed to the Municipal Assembly for a public toilet in the area to enhance sanitation.

He promised to mobilise the youth to support any project the Government intends to provide for the people in the area.