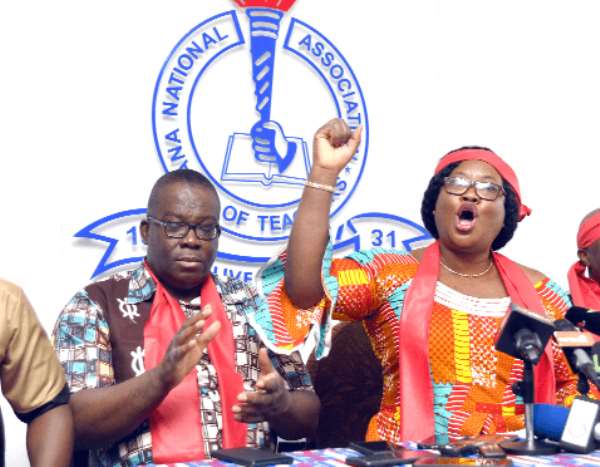 In order for Ghana to have a clear picture of the COVID-19 infection rate in senior high schools, it will be very necessary for to initiate and conduct mass testing among students.

According to the Ghana National Association of Teachers (GNAT), mass testing in schools particularly, those that have recorded cases of COVID-19 should be considered.

Philippa Larsen, the GNAT President, said the government had “promised” that such mass testing would be in order in the event of recorded cases.

Accra Girls SHS, Konongo Wesley SHS, and Mfanstiman Girls SHS are among the schools with confirmed cases of the virus.

“We were informed that anytime there is the information of a confirmed case in a particular school, students and staff of the school will go through the testing,” she recounted on the Citi Breakfast Show.

GNAT, along with other teacher unions and observers, had initially proposed mass testing before school resumed on June 22.

But the government has consistently argued that mass testing is not feasible.

With the recorded cases, however, Ms. Larsen said: “We expect that the schools that have recorded cases should have their staff and students go through the testing.” Inadequate of PPE

One of the main challenges GNAT has observed has been the inadequate supply of Personal Protection Equipment (PPE).

The government assured that each student, teaching and non-teaching staff will be provided with three pieces of reusable face masks.

Two of these were to be ready within two weeks of schools resuming.

But Ms. Larsen noted that schools were still lacking PPE, as well as other accoutrements like thermometer guns, sanitizers etc.

“We are not too happy about the fact that schools have not received the full complement of their logistics,” she said.

Eighteen thousand Veronica Buckets, 800,000 pieces of 200-millilitre sanitisers, 36,000 rolls of tissue paper, 36,000 gallons of liquid soap and 7,200 thermometer guns were supposed to be supplied to the schools.

Despite the challenges, the GNAT president acknowledged that schools were largely adhering to safety protocols.

“Work is going on in the schools; the way they have arranged their beds and all. I visited some of the dormitories and I was impressed, to be honest with you.”