The meeting follows a peace process being initiated three days after the MP was allegedly attacked by some hoodlums believed to be sponsored goons of the ruling NPP.

Hon. Alhaji Muhammad Bawah Braimah was distributing food to NDC agents at voter registration centres in his area when the alleged attacks occurred.

The matter has since been reported to the Ejura police.

"I have narrated all that happened and the chairman of the peace council who is also a native of Ejura has assured me that he will get to the bottom of the issue and also meet with other stakeholders to put the needless attacks to rest," the MP told ModernGhana after his engagement with the National Peace Council.

Other critical information divulged to this network indicates that at the moment the NDC party leadership from both the national and regional levels are in Ejura to meet the MP, including party supporters on the same matter.

Here is a statement from the MP's team released earlier condemning this act of political violence:

The National Democratic Congress Ejura Sekyedumase Constituency has taken keen notice of the attack on the Member of Parliament for the constituency on Monday, 6th July 2020 at Ejura Nkwanta by NPP thugs when he was visiting the ongoing voter registration exercise, distributing food to the agents at the registration center.

Hon. Bawa Braimah on the said day went to Hiawoawu before proceeding to Nkwanta where the brutal attack on him took place. The NPP thugs met him at Hiawoawu and when he saw them, he decided to leave and proceeded to Nkwanta.

The Member of Parliament in Nkwanta decided to have a conservation with a prison guard and at that moment he was attacked by the NPP thugs - Afoko and Bala - descended on him while still lying on the ground and gave him slaps on his face.

While these barbaric acts were going on, the MCE and Parliamentary Candidate for NPP, Hon. Salisu Bamba was in his vehicle vividly watching what was going on.

Bawa Braimah, being a peace-loving person, never went out with his security guard. The NDC Ejura Sekyedumase trust the security in the Municipality that the needful action would be taken within the next 24 hours.

If the youth and members of the NDC in the Ejura Sekyedumase constituency do not see any action from the security within the given period, we will

organize a peaceful demonstration to show our grievances on the intimidations meted out to our MP.

We will organize the youth to provide security to our MP wherever he goes.

We will as a party retaliate the violence that was given to our MP.

The NDC Ejura Sekyedumase is calling on the youth to remain calm and wait for the action that will be taken by the security personnel in the Municipality.

We count on the traditional councils in Ejura Sekyedumase and Anyinasu to take note of these happenings and act for peace to prevail in the municipality. 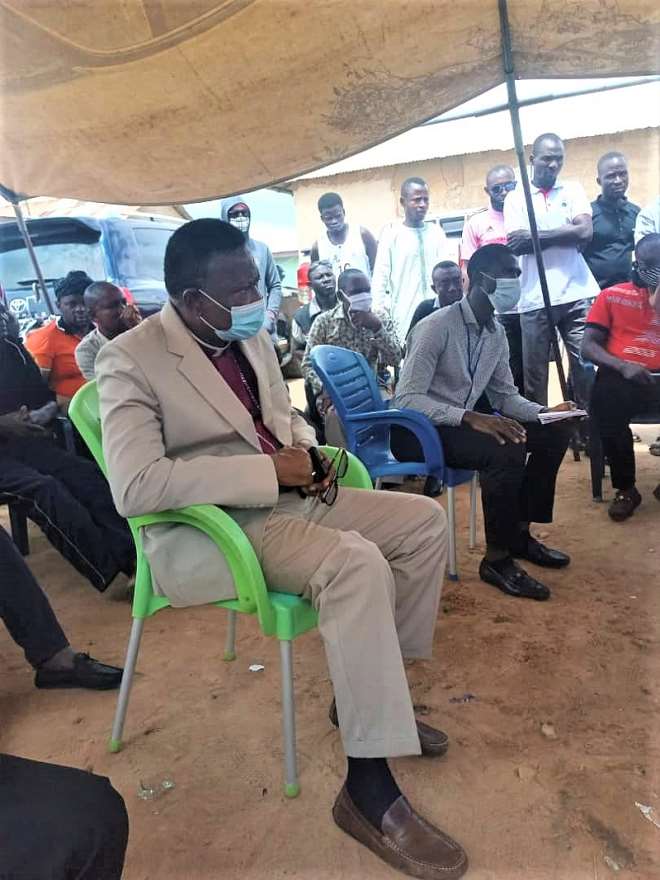