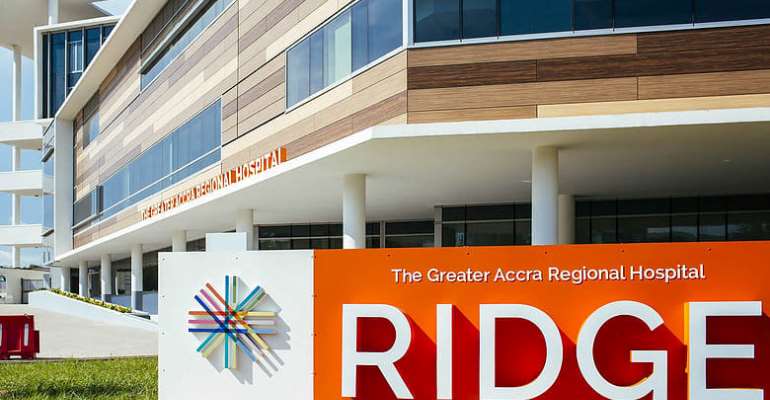 The probe into the circumstances that led to the death of a 47-year-old woman at the Greater Accra Regional Hospital, also known as Ridge Hospital has been concluded.

This follows the release of the report on the deceased by the Hospital authorities. The patient, Esther Sosuh died on the evening of June 25, 2020.

The hospital decided to probe the circumstances under which the patient died after her husband, Emmanuel Kuto, the Director of the Ghana Institute of Languages, accused the hospital of “impunity ” and “total disregard for accountability”.

According to the report sighted by citinewsroom.com “the above-named patient (Esther Sosuh) was first seen at the Greater Accra Regional Hospital (GARH) on the 9th of June 2020 where she reported with complaints of an anterior abdominal wall swelling.”

The report indicates that after “a thorough assessment and examination, a diagnosis of a Reducible Epigastric Hernia was made. She was then worked up for surgery and made to do various investigations and subsequently referred to see the Anaesthesia team for review and clearance for surgery. She reported back on the 16th of June 2020, having been cleared by the anaesthesia team for surgery. She was then booked to have an elective hernia repair on 22nd June 2020 to be admitted the day before surgery.”

The hospital indicates that “on arrival to the Surgical ward, her vital signs were checked and recorded and they were normal. The Patient was seen in the morning of Tuesday 23 rd June 2020 where she complained of pain at the incision site. She was examined and put on analgesia (pain relief)… She was encouraged to mobilize and to start feeding.”

The report, however, indicated that “at around 5 pm on Tuesday, 23rd June 2020, the patient fell in the washroom whilst using the toilet and was assisted and examined by doctors and nurses on the ward and an Impression of Pulmonary embolism was formed. She was given SC clexane 80mg and put on TED stockings.”

She was subsequently examined and “a chest Xray, Electrocardiography, D-Dimer, Troponins I and 2 were done and Physician Specialist was requested to review her.”

Results from the Electrocardiography done had features suggestive of Myocardial Infarction, for which she was put on medication, the report said.

“At 11:45 pm of 24th June, 2020 [the] patient suddenly became severely dyspneic and restless. The night doctors were called to see the patient who they assessed and commenced resuscitation immediately but was unsuccessful and the patient declared clinically dead at 12:10 am on Thursday, 25th June 2020,” the report concluded.