One-Plus-Two Episodic Events That Convulsed Us A Week Ago 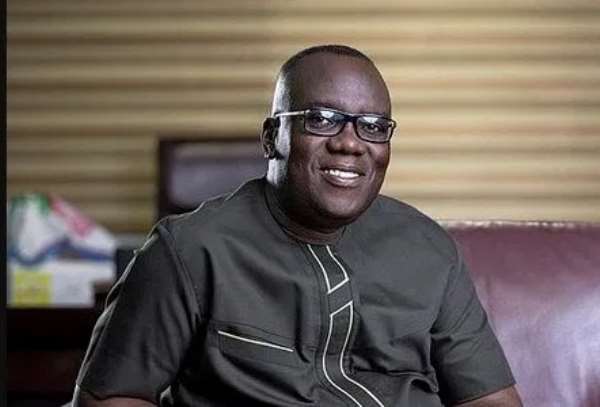 “AH! My LORD ARTHUR, WHITHER SHALL I GO? Where shall I hide my forehead and my eyes? For now I see the true old times are dead… and I, the last, go forth companionless, And the dark days darken round ye, and the years, Among new men, strange faces, other minds…” That was Sir Bedivere supplicating to King Arthur not to leave him in the lurch. And King Arthur replied from the barge: “The old order changeth, yielding place to new, And God fulfils Himself in many ways, Lest one good custom should corrupt the world. Comfort thyself: what comfort is in me? I have lived my life, and that which I have done May He within Himself make pure! But thou if thou shouldst never see my face again, pray for my soul. More things are wrought by prayer Than this world dreams of. Wherefore, let thy voice Rise like a fountain for me night and day… For so the whole round earth is every way Bound by gold chains about the feet of God…” Sir Bedivere could not help and weakened King Arthur rode away on the sea in a barge, so says Alfred Tennyson.

William Shakespeare's Brutus told Cassius: “And whether we shall meet again I know not. Therefore, our everlasting farewell take. Forever and forever farewell Cassius. If we do meet again, we shall smile. If not, why then this parting was well made.” So, Kwadwo Owusu Afriyie and we have said farewell to one another.

When he was alive, he would hardly show a grimace even when he was pinched. He demonstrated a true manliness, despite his stature. Among his peers, he was a darling; even among his enemies he was smart but not smart-alec. From the village of Sakora-Wonoo, the first time he saw Accra was when he went for his first degree at the University of Ghana, where in 1980 he became the Sarbah Hall JCR President. He was instrumental in the formation of the Asante Students Union on university campuses. He was actively involved in the student movement, but did not forget his God as a Seventh Day adherent. Faced with a contempt case at the Supreme Court, he, through his able lawyer Ayikoi Otoo, pleaded guilty because “… some power for which no one had control over, entered Owusu Afriyie…” Asked how he felt, he said: “I've been humbled.” As a landlubber, he was so afraid of the sea that missing the directorship of the GPHA did not grieve him: he felt so much at ease with the Forestry Commission where he could live very well to the appellation Kobby Acheampong had dashed him “Kookooase kuraaseni”. Wouldn't 'okuraseni krakye' have been more apt?

He was a sagacious man with a store of proverbs. When asked the full expression of BECE, he said he had never written one, so he did not know. He disclosed the assistance he received from his mothers, uncles, brothers, sisters, after his parents died when he was a teenager (in Ashanti, there is nothing like 'cousin'). We had once worked in his law chambers in Kumasi. By now, he should, otherwise, be preparing the funeral of one of his mothers and one of his sisters. But he is gone, not 'too soon' because he was approaching 70, but rather 'fondly remembered'.

Asiedu Nketia has lost a friend. When Asiedu Nketia's mother died, Sir John stayed with him for three days demonstrating great comradeship, despite their political estrangement. What do we have to do by way of 'farewell'? We can only seek solace in Professor Kofi Anyidoho's poem 'Do not ask about the Blues': “But now as I walk towards your Grave with memories filled scars, I must watch the stars with a doubt in my Mind, a fear in my Heart, a lingering pain in my Head.”

Wherefore, the paragraph shifts to Carlos Ahenkorah. His was a new face in freight forwarding. With people like Daniel Mac Korley of Mac Dan Shipping, Kofi Brako, Eddie Akrong, himself and other like-minded people, they managed to carve a new face in the business of freight forwarding rubbing shoulders with Customs, shipping agencies and the various ministries. Credit to his alma maters of Temasco, Abusco and Tech.

Then, Carlos and Kofi Brako pitted their political strength against other heavyweights in Tema West and Tema Central Constituencies. They played their part. But one could say, Carlos was 'smart'. He was offered the position of Deputy Minister of Trade, giving vital assistance to suave Alan Kyeremateng. But, coronavirus was the spoiler. Carlos knew he had the disease; he knew the inhibitory social protocols, but chose to visit some of his electoral areas to over-indulge himself in their celebrations. He was glib-tongued, but got entrapped when a prying journalist asked him questions… some say, he could have simply cut short the interview, but he didn't.

So he was advised to go the Dr. Catherine Calderwood way and do “mea culpa” for his mistakes – and resign. In Catherine of Scotland (not Aragon- the lady who was divorced by Henry VIII in favour of Anne Boleyn leading to the breakaway of the Anglican from the Catholic Church) case, the Scottish Sun had published photographs of her and her family visiting Earlsferry in Fife – more than an hour's drive from her main family home in Edinburgh. Mr. Livingstone, Scottish Chief Constable noted: “The legal instructions on not leaving your home without a reasonable excuse apply to everyone… social distancing is the key to intervention to curtail the spread of coronavirus… individuals must not make personal examples bespoke to their own circumstances.

Or Carlos could emulate the New Zealand health minister, David Clark, who resigned his office for breaking the lockdown rules by taking his family to the beach which was 20km away. Or Carlos could pick a cue from Professor Neil Ferguson who quit as government adviser on coronavirus after admitting an error of judgment: the Daily Telegraph had reported that a woman he was in relation with visited him in his home in lockdown! Or what about Jordan's Agriculture Minister, Ibrahim Shehadoh, who resigned for “administrative mistakes” committed in some agricultural directorates. And no one wanted to listen to Ursula Owusu's cri de coeur: leave Carlos to carry his cross. He had committed 'hara-kiri. Omani would not spare him either: he should be arrested, they cried. Our pity, though. He was a friend, but some pray he does not contemplate going independent.

And it came to pass that Wisdom Kpodo, an unemployed man of Woe in the Keta District whom luck had eroded several times finally won on the lotto. How much? GH¢1,200. So, this 30-year old gentleman jumped into a taxi and drove at top speed, his two accomplices beside him, exclaiming: “No size, No size.” He had won GH¢1,200, so he had no size-mate? Kennedy Agyapong should hear this. What would Kennedy have used GH¢1,200 for? Look at the time the accident occurred: 4:00pm. One woman might have been preparing the evening meal, akple-kple-fetridetsi. The children might have been playing around and enjoying the sea breeze and its aroma. The 70-year old Faustina Afi Amegahie must have been recalling her youthful days as a good singer of traditional songs; the 17-year-old Rebecca Agbanawu must have been recounting her courtship…Such a melancholic week!