Togolese National Grabbed For Attempting To Register In Najong 1 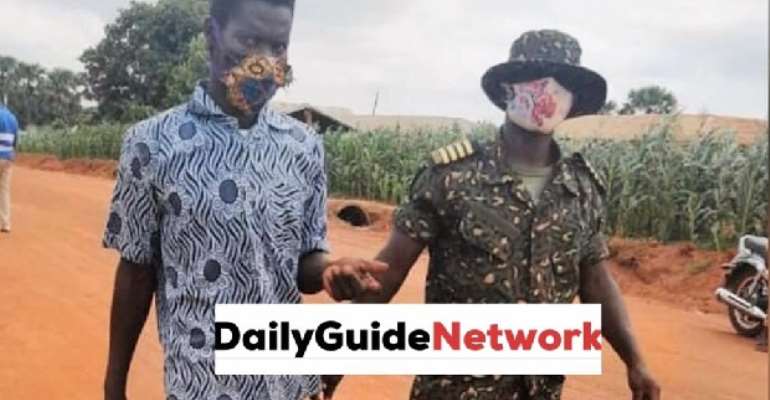 The Ghana Immigration Service (GIS) has arrested a Togolese national, one Duut Laabik for attempting to register for the new voter’s ID card at Najong 1 in the Bunkpurugu constituency of the North East Region.

He has since been handed over to the Bunkpurugu police for the necessary action.

The District Immigration Officer Deputy Supt, Edwin Adjetey Doku, who confirmed the arrest to DGN Online said military personnel who were on patrol at some unapproved routes near Najong 1 in the Bunkpurugu district realized that there was some confusion at a registration centre.

According to him, the military went to the scene and they were told that a Togolese was attempting to register and they arrested him and handed him over to the Immigration officers.

Deputy Supt Daku disclosed that during interrogations, the suspect admitted that he was a Togolese and that he only came into Ghana to Register for health insurance card but upon his arrival, he saw people in a queue and when he asked, he was told they were registering for the voter’s ID card which he joined to register.

“The suspect’s statement has been taken and has been handed over to the police .”

He, however, indicated that Togolese nationals have found their way into the country adding that a community called Kambatiak in the Bunkpurugu had Togolese nationals in a queue to register and when they heard that immigration officers were coming to that community they absconded the registration centre.

“ We are told they were many and when they had a hint that we were coming they run away from the registration centre.”

The District Immigration Officer sent a warning to foreigners in the region that they will be dealt with severely should they apprehend anybody attempting to cross the borders illegally or attempt to register to add that immigration and military personnel will intensify their patrol within the area.