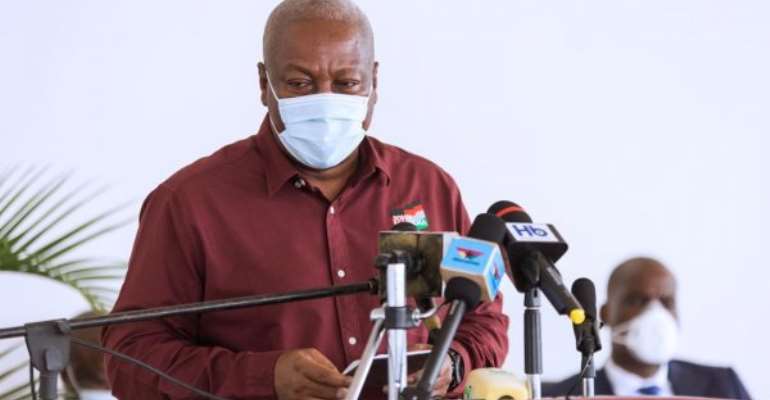 Former President John Dramani Mahama has affirmed that his Running Mate, Prof. Jane Naana Opoku-Agyemang, stands tall and she is the best partner for the vice presidential job.

He said she is one phenomenal person committed to the causes of women and students hence her selection as his best partner.

Former President John Dramani Mahama, the flagbearer of the National Democratic Congress (NDC) has described his running mate for the 2020 General Election as a

"I have for a very long time held the view that women must take their seat at the highest level of decision making," he said.

He, therefore, thanked the National Executives of the NDC for their unanimous endorsement of the first female to head a public university - the University of Cape Coast (2008-2013).

Prof Joshua Alabi is the National Campaign Manager, with

Akufo-Addo's response to Aflao Chief was wrong; he must apol...
14 minutes ago

NIA suspends registration at GRA, RGD from October 25
16 minutes ago