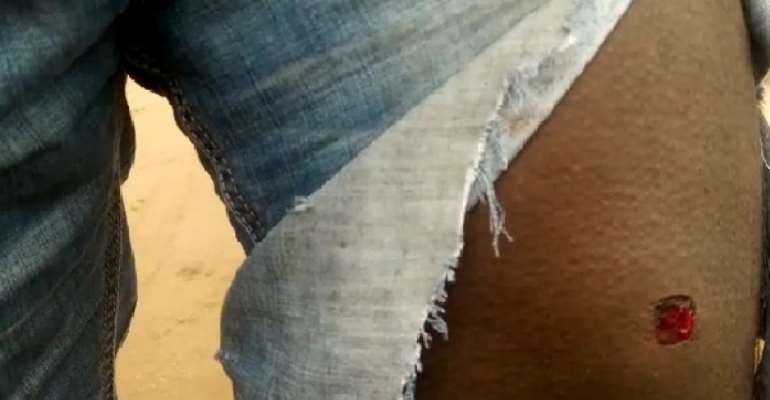 A gun wound on one of the demonstrators

A demonstration by drivers at Kpone, near Tema in the Greater Accra Region, over poor roads turned chaotic on Monday when the demonstrators clashed with the police.

Some of the demonstrators sustained injuries in the clash, suspected to be coming from rubber bullets fired as a result of their refusal to comply with the police directives.

According to him, the police stepped in to enforce the law because the drivers did not seek the necessary permission before embarking on the protest.

Some of the protesting drivers expressed their concerns over poor road network in the area, which they said have become unmotorable.

They disclosed that they are unhappy with the deplorable nature of the roads in the municipality.

They said it was as a result of failed promises by successive governments to fix the roads which compelled them to express their displeasure.