US launches talks with Kenya on free trade pact 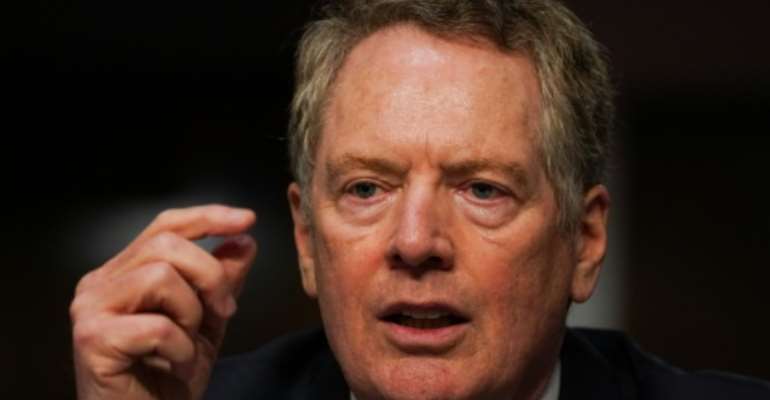 The US government formally launched talks with Kenya on Wednesday aimed at setting up a free trade agreement that could form the basis for deals with other African nations.

"Kenya is a recognized leader across the continent, an important strategic partner of the United States, and there is enormous potential for us to deepen our economic and commercial ties,' said Ambassador Lighthizer.

He said "a comprehensive, high-standard agreement" with Kenya could go on to "serve as a model for additional agreements across Africa."

President Donald Trump has alternatively denigrated African nations and taken a hard line in trade dealings with some countries, while also pursuing his preference for bilateral talks over regional or multilateral agreements, launching an exploratory working group with Kenya's President Uhuru Kenyatta in 2018.

The leaders earlier this year agreed to work towards a free trade deal.

Betty Maina, Kenya's secretary for Industrialization, Trade, and Enterprise Development, said the two countries "have strong trade relations demonstrated by growing exports and imports which have increased over the years."

"Increasing and sustaining export performance to the United States requires a trade arrangement that is predictable and guarantees preferential market access for Kenyan products. Kenya is also keen to attract Foreign Direct Investment from the United States," she said.

The initial round of talks will take place virtually over the next two weeks due to the COVID-19 pandemic.

‘Sputnik-V procurement contract must be re-examined’ – Kwaku...
50 minutes ago

Getting Sputnik-V vaccines from black market using middlemen...
50 minutes ago