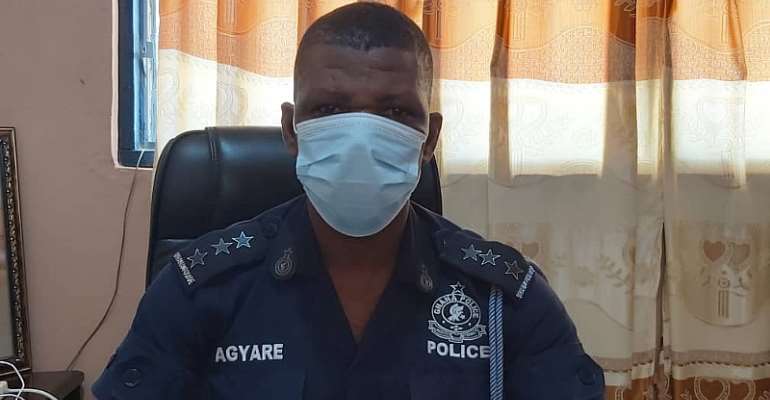 The Navrongo Municipal Police Command in the Upper East Region has arrested six suspects for allegedly transporting ammunition into Kandiga community in the Kassena-Nankana West District.

The six include a mate and a driver of a VIP bus with registration number AC-2051-19 and four residents of Kandiga who were recipients of the ammunition.

Speaking to Citi News, Navrongo Municipal Police Commander, DSP Francis Agyare said, the suspects who were arrested upon a tip-off are in police custody and will soon be arraigned before the Navrongo district court.

“Following recent clashes between the people of Doba and Kandiga and subsequently the number of empty cartridges we retrieved from the conflict zone gave us cause to believe that, the conflict was being financed by people outside the communities. So this suspicion compelled us to start searching all passenger buses plying the Bolga-Navrongo route”.

“On Tuesday, at 5:00 am, police on duty at the conflict zone intercepted a bus and when it was searched, we had 1,256 cartridges and quantities of bow and arrows and the driver alleged that they were given him to be given to somebody at Kandiga. So we arrested him and he cooperated.”

“So, we lured the receivers to come for their parcel and as they arrived they we arrested them. So we arrested the four receivers of the parcel together with the driver and his mate in police custody. We are processing them and when we finish investigations, we will arraign them before court.”

Meanwhile, the Navrongo District court, presided over by His Worship Abdul-Malik Wahab on Tuesday, July 7, sentenced 12 out of 20 suspects arrested in connection with Saturday’s renewed clash.

They were sentenced to between 5-8 months imprisonment, for possession of unlawful firearms and rioting.

Calm has however returned to the conflict Kassena-Nankana area as heavy military-police personnel have been dispatched to the area to ensure law and order.

Some residents and business owners in the troubled area have appealed to government to urgently intervene by identifying the root cause of the clashes and bring lasting peace to the area.

They say the situation was taking a dire toll on their livelihoods.

Owners of most business enterprises have locked up their shops for fear of being attacked.