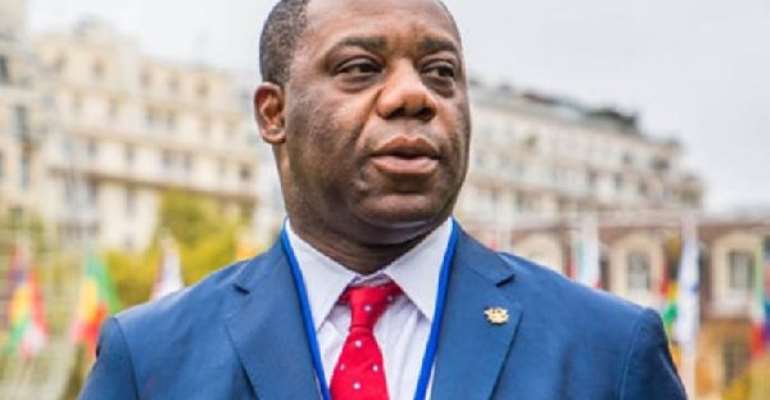 Education Minister, Dr. Matthew Opoku Prempeh has been discharged from the University of Ghana Medical Centre (UGMC) after being admitted at the facility following fears he has COVID-19.

Dr. Opoku Prempeh was detained at UGMC on June 24, 2020, after he reported being unwell.

“On Tuesday, 16th June 2020, he underwent various tests, including COVID-19, after feeling unwell for a couple of days. He tested negative for the virus, and this informed his decision to travel to his constituency for his acclamation on Saturday, 20th June 2020. Following his return to Accra, he still felt unwell, and decided to check himself for further tests, including the second test for COVID-19,” an earlier statement from the Education Minister announced.

But a new statement signed by the Press Secretary to the Minister, Rodney Nkrumah-Boateng said Dr Opoku-Prempeh has been discharged with a “positive rapid antibody test.”

“The Minister for Education, Hon. Dr Matthew Opoku Prempeh, announces that he has been discharged from the University of Ghana Medical Centre (UGMC) in Accra with a positive rapid antibody test result and will be further monitored.”

According to amayoclinic.org, antibody testing determines whether you had COVID-19 in the past and now have antibodies against the virus.

Read the press release from the Minister’s Press Secretary below: