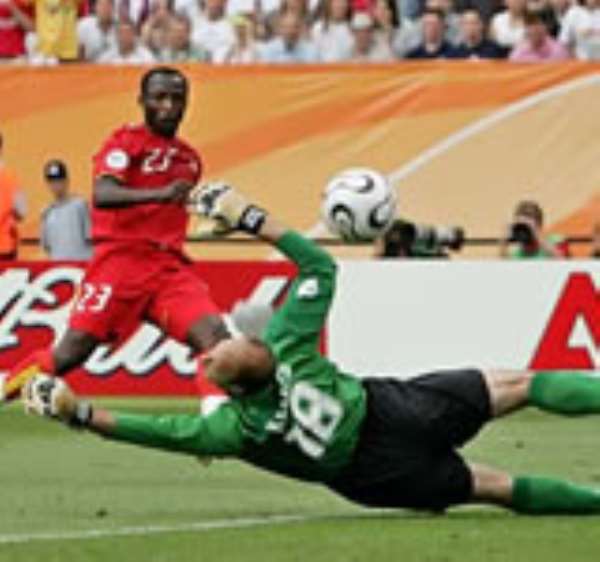 Goil Ghana limited has donated 200 million cedis to the senior national team as reward for the team's second round feat at the World Cup.

At a brief ceremony in Accra yesterday the company further announced it will present a 100million cedis to the GFA in the next few days for the Black Stars' win over the United States during the tournament.

Receiving the donation on behalf of the team, the FA president Kwesi Nyantakyi expressed the federation's appreciation to Goil for the support and appealed to corporate Ghana to support various other projects by the FA.

Kwesi Nyantekyi also made an appeal to the company to come on board not only to join to celebrate the wins of the team but to help in the development and grooming of new players to help replace the present generation.

“We have a youth development programme that is aimed at unearthing talents that would constitute the future Black Stars and ensure that we have a sustainable basis to qualify for all World Cup.

"So that when the glory comes, it does not come only to the GFA and companies that associate with the Black Stars at the time of success but we would like to identify the successes with people who started with us from the scratch, the grassroots and have helped in unearthing talents and mould them for the future.”

Missing pregnant woman sparks fear and panic in Takoradi as ...
32 minutes ago

NPP urge party members to be ready to accept Akufo-Addo’s ne...
43 minutes ago