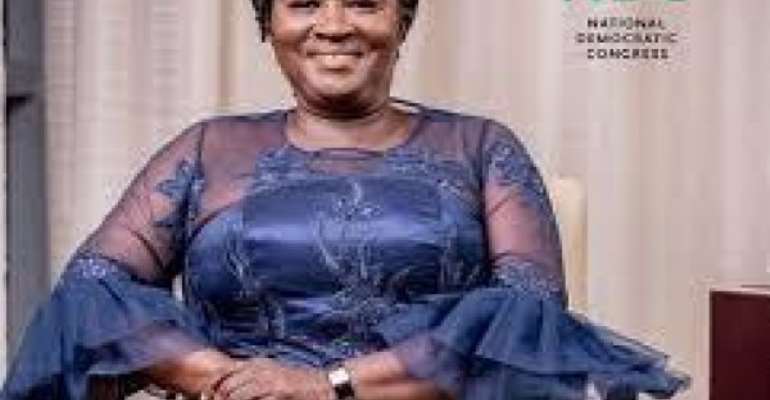 “Your nomination as Running Mate is another attestation of Ghana's democratic growth and a demonstration that affirmative action by gender advocates is yielding political dividend”.

She commended former President John Dramani Mahama, the NDC Flagbearer, for taking a cue from the CPP to boldly nominate Prof Opoku-Agyeman as his running mate.

Nana Frimpomaa-Sarpong encouraged women to discard the notion that “politics is masculine. These are fears that proponents against gender empowerment propagate to deter women and create space for masculine operation.”

She recounted that Ghana was one of the first countries to establish a national women's machinery in 1975 in response to the United National General Assembly Resolution and set-up the National Council on Women and Development, the machinery for the advancement of women in 1975.

Nana Frimpomaa-Sarpong, therefore, expressed conviction that after 63 years of political independence; “Ghana is ready for a woman in the Executive Arm of Government”.

‘Sputnik-V procurement contract must be re-examined’ – Kwaku...
20 minutes ago

Getting Sputnik-V vaccines from black market using middlemen...
20 minutes ago