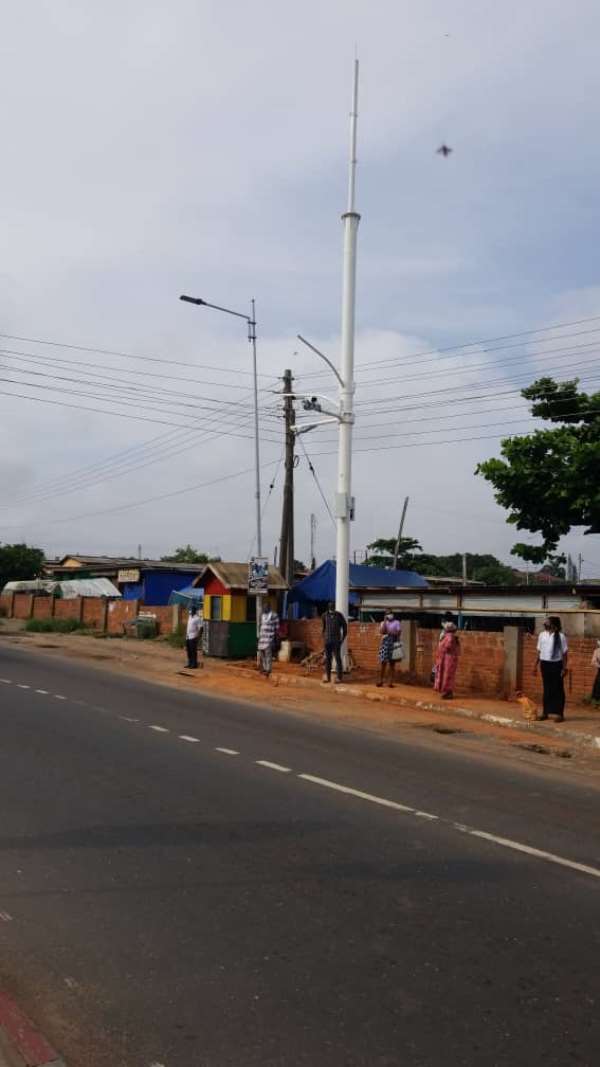 The National Security says it is aggressively installing closed circuit television (CCTV) cameras across the country to stem the rising crime rate.

Workers of the contracting firm are seen in some parts of Accra feverishly digging the spots for the erection of the poles for the installation of the CCTV cameras.

Some of the cameras are seen conspicuously hanging on their poles in areas like Dansoman, Nima, Newtown, Lapaz and at traffic intersections.

According to a National Security source, the installation of the CCTV cameras is necessary in order to keep a tab on marauding criminals.

One of the cameras, DGN Online gathered, has been mounted close to President Nana Akufo-Addo’s private residence at Nima while others are scattered across the capital city.

The CCTV project, DGN Online learnt was started during the administration of former President John Agyekum Kufuor, when Francis Poku was the National Security Minister.

The project was inherited by the Mills/Mahama administration and succeeded in increasing the CCTV camera to about 700.

Information available to DGN Online suggests that the National Security under President Nana Addo Dankwa Akufo-Addo, is increasing the cameras from 700 to 7,000. 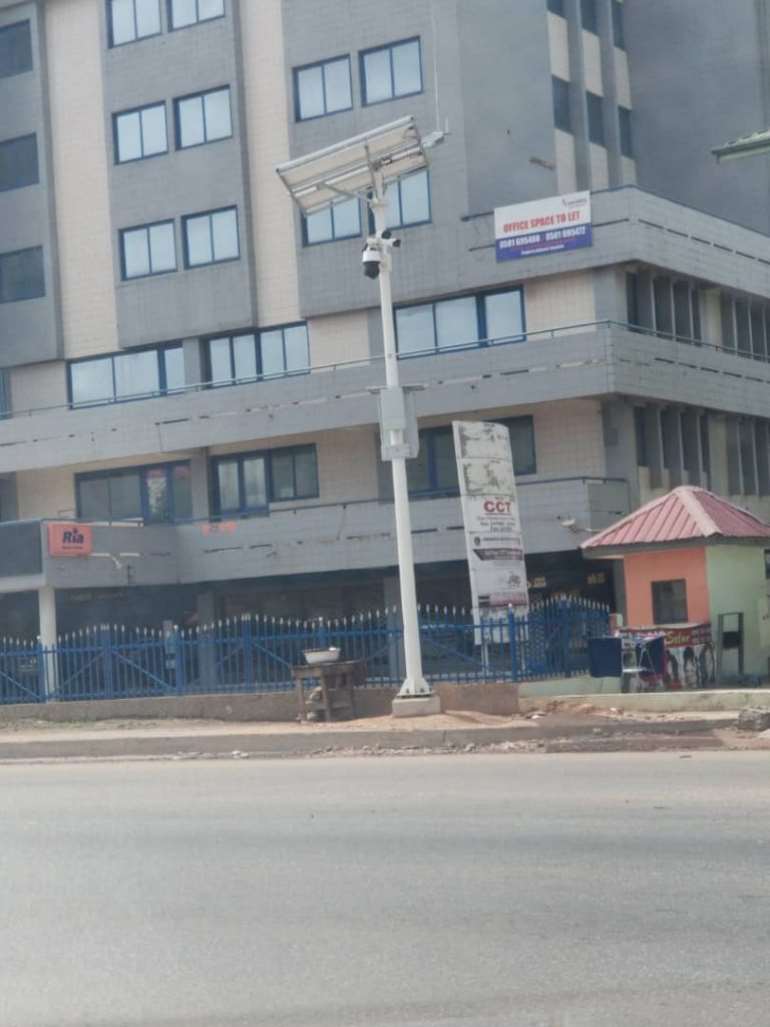 Chinese telecom giants, Huawei are believed to be facilitating the project.

Sources say one of the cameras mounted at Lapaz aided the arrest of the suspected armed robbers who killed a police officer on a motorbike in broad-day light at Lapaz.

At Dansoman, some CCTV cameras are said to have been installed at every road intersection as well as the Hansonic junction.

It is believed that there is a central station where the cameras are being monitored by national security as well trained police officers to detect any criminal acts.