Running Up To December 2020 General Elections 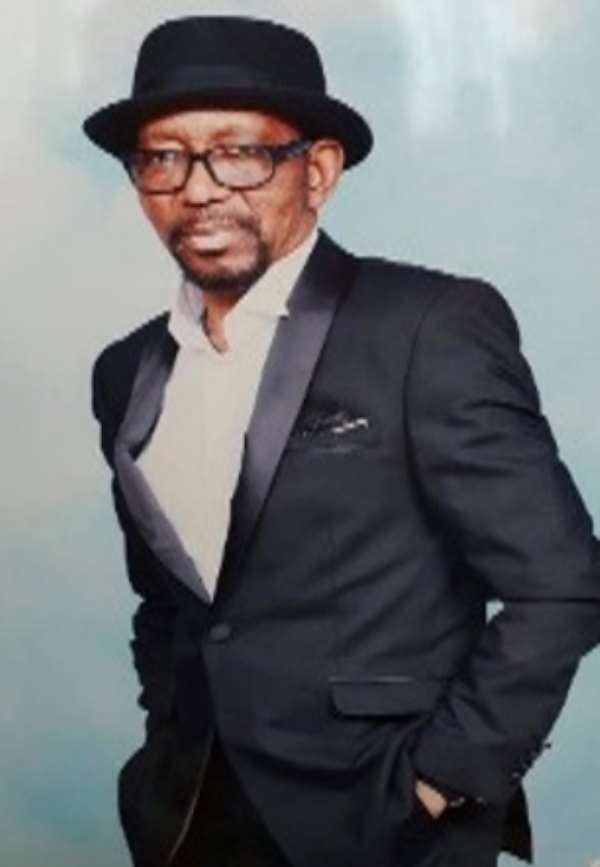 We are 5 (five) months away from the next general elections scheduled for 7th December 2020 and, as usual, the duopoly in Ghanaian political arena enjoyed by the National Democratic Congress (NDC) and the New Patriotic Party (NPP) is at a crescendo as far as new impressions to the electorate are concerned.

Prior to the duopoly, Nkrumah and his CPP ruled Ghana for 9 (nine) years plus the 10 years of Military rules; NLC’s 3 years and National Redemption and Supreme Military Councils’ 7 years, and President Hila Liman and his PNP, 2 years.

This summary gives us a total of 63 years that equates to our independence from Great Britain 63 years ago (1957 to 2020). As a nation, Ghana has not made the requisite progress that would befit an independent country which was supposed to be “capable of running its own affairs” as declared by Nkrumah on Ghana’s attainment of independence on 6th March 1957.

Of the 10 ten administrations listed above, it is only our first administration led by Dr. Kwame Nkrumah and his Convention People’s Party (CPP) that made significant progress in the land within only 9 years (1957 to1966) in governance and which - exponentially, 54 years on - could have developed Ghana to the likes of Malaysia, Singapore, South Korea and Vietnam. Key among Nkrumah’s major developmental achievements are the Hydro-Electric project, creating the model township of Tema, the first of its kind in West Africa then, the introduction of Ghana Airways, Black Star (Shipping) Line, establishment of 2 (two) major Universities, Kwame Nkrumah University of Science and Technology, University of Cape Coast and several manufacturing establishments under the Ghanaian Industrial Holding Corporation (GIHOC).

Ending the Duopoly in Ghana’s politics

A new wave of political sanitisation must be invoked to stop the continuing duopoly in our political climate by ushering in a serious and reformist political party such as the Progressive People’s Party (PPP) that ranks third in Ghana’s political arena, to contribute its reformist agenda for change so as to broaden Ghana’s horizons towards the achievement of economic growth through full employment to improve the quality of lives and well-being of the citizenry.

We of the PPP do not seek to conform ourselves to the standards of the NDC and NPP. Instead, our agenda for change shall bring with it the eradication of the endemic parochialism, ethnocentrism, and tribal sentiments in the country that by extension, has led to institutionalised corruption that has resulted at the expense of the majority. The creation of a wide gap between the rich and the poor because all our efforts have been undertaken for the purpose of enabling a few persons to enrich themselves at the expense of the poor majority. Plato has intimated that, and I quote “if you do not take an interest in the affairs of your government, then you are doomed to live under the rule of fools”

The NDC/NPP have started spasmodic general election campaigns with snippets of new promises and assurances ahead of publishing their manifestos. In our usual excitement, we have consistently overlooked to hold our governments accountable for previous manifesto promises that won them votes to govern us in the first place. Traditionally, those manifestos get undelivered, but our society easily let bygones become bygones and start on a clean slate because the old and bigger political parties have tested the nerves of the Ghanaian voter who “gives all to God” and rather focuses on the forthcoming general election.

This time we must punish the sycophants by voting against them. Ghana has endured failed and undeliverable Manifesto assurances by both NPP and NDC for 28 (twenty-eight) years in this fourth republic and the political parties have gotten away unpunished with many unfulfilled promises. PPP believes in under-promising and over-delivering of manifesto assurances. Surely, that is the way forward for yet our under-developed country for all those years that we have gained political independence.

The time is apt to sponsor the introduction of a Legislative Instrument in Parliament to oblige incumbent governments to report to the nation on their manifesto promises as to delivery and non -delivery by the end of September in each election year, listing out the promises that have been fully delivered and those that have not been delivered and the reasons for non-delivery? That way, future manifesto promises shall be made with reasonable caution in the best interests of the nation and that would be the only way to put our shoulders on the wheels on our path to development.

Prior to 2016 general elections, Nana Addo Dankwa Akufo-Addo, the then NPP Presidential candidate assured the people of Ghana that his government, God-willing, from January 2017, will not abandon any project on the basis that “it was started by a political opponent.” As assuring as it was then in 2016, so shall we expect this undertaking to be honoured during NPP’s tenure of office. However, in the interest of our nation it would only be fair for us to consider sponsoring a Legislative Instrument (as indicated above) to oblige future governments to continue and finish uncompleted projects inherited from previous administrations before embarking on new projects.

The trend whereby political parties of over-promise and under-deliver their own manifesto promises has gone on for an awful long time and running up to 2020 elections, the Progressive People’s Party is drawing attention to this debacle and calling on the people of Ghana to stand firm with us to promulgate the legislative instrument necessary to bring to an end the despicable practice whereby we support dishonest political parties that habitually cheat the nation and get away with it just because no one calls them to order. This time I am appealing to all political parties to subject themselves to “manifesto scrutiny” for our country to move ahead. Included in NPP’s 2016 manifesto promises to deliver one district, one factory and one village, one dam and guaranteeing $1miilion dollars for every district in the country among others was instrumental in getting the NPP elected to serve the nation. Even non-NPP folks voted for the NPP and that is why they won by a whopping 1 million votes. We therefore expect these 2016 manifesto promises to be delivered without excuses if our country should proceed to the “promised land” of economic emancipation.

As we prepare to mount the campaign trail, it is necessary for all political parties to be given equal media platforms, including pro-political party media houses, to deliver their messages to the people. The Institute of Economic Affairs (IEA) must do away with their criteria for Presidential candidates taking part in their debates provided they have representation in parliament. In the case of my Party that is comparatively new; just 8 years old and working hard to win parliamentary seats this requirement disenfranchises us.

Service to Ghana must be paramount above all things and not satisfying IEA’s rule that is discriminatory. I am therefore calling on them (IEA) to reconsider including prospective Presidential candidates who have no representation in our parliament to take part in the debates. This stance of the Institute has the tendency of eliminating the otherwise much more credible candidates to lead our country into the future.

NDC and NPP have ruled our country for 42 (forty-two) years and we have not achieved much progress for these years by these two political parties, aside from performance evaluation and unnecessary comparisons between themselves as there is no third party to call them to order. There must be a change in direction by the electorate voting for Progressive Peoples’ Party (PPP) parliamentary candidates at the next general elections to ensure that there is a mouthpiece for the majority poorer in our society. Ghana deserves better with the massive mineral resources at our disposal. A few people in high positions within our governments, past and present are enriching themselves at the expense of the poor souls who vote them into governance.

As ex-President Kufuor once said, and on quote, “consider your situation before casting your vote”. May this wise saying guide us in our journey to the next general elections on 7th December 2020 to free our nation from oppressor’s rule.