Dozens of endangered dorcas gazelles killed by poachers in Niger 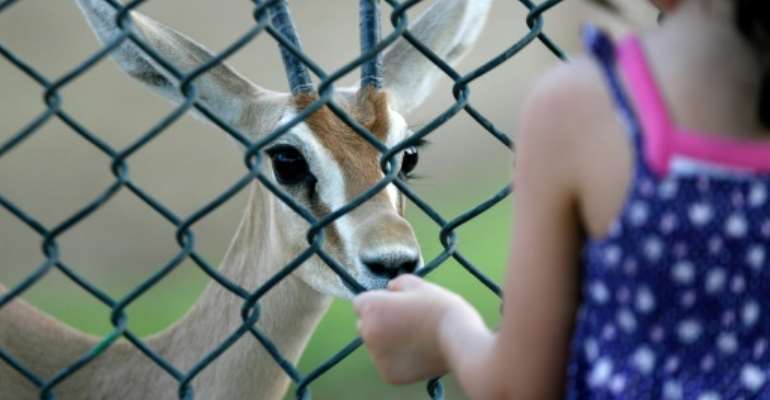 The dorcas gazelle, seen here at a zoo in Kuwait, is hunted for its meat in the Sahara. By YASSER AL-ZAYYAT (AFP/File)

Around 40 dorcas gazelles, an endangered species, have been slaughtered by poachers in one of Africa's largest nature reserves, environmental authorities said Tuesday.

Forestry officials at the Termit and Tin-Toumma National Nature Reserve, which covers nearly 100,000 square kilometres (38,000 square miles) of desert and mountains in the southern Sahara, were alerted by local communities, Mamane Hamidou, an environmental director in the Zinder region, told AFP.

Four suspected poachers, all Nigerien nationals who live within the vast reserve, have been arrested, he said.

"It is the worst massacre committed in the reserve. Before, it was on a small scale, a gazelle here, a gazelle there," Hamidou said.

The poachers "smoked the meat of the gazelles and the way they prepared it, it was surely intended for export," he added.

Niger's public television broadcast images on Monday night of the animal carcasses, meat and animal hides along with four motorcycles.

"I call on the justice system to apply the law in all of its force," Zinder governor Issa Moussa told local media.

The dorcas gazelles in the Sahara are hunted for their meat, though captured alive, with their pale coats and white bellies, the petite animals can also be sold as pets for villa gardens.

Poaching carries a prison term of between two months and two years, and a fine of up to a million CFA francs.

Created in 2012, Termit and Tin Toumma is spread over Niger's Agadez, Zinder and Diffa regions and boasts 130 species of birds as well as critically endangered Saharan cheetahs and Saharan Addax antelopes, and vulnerable Barbary sheep.

In 2018 Niger entrusted the management of the immense reserve to the French NGO called Noe, on a 20-year mandate.

Nigerien and international environmental activists have denounced redrawn boundaries of the reserve announced in June 2019 in favour of a Chinese oil company, which Noe had said would remove protected status from a large portion of its land.

The poor Sahel country faces recurrent attacks from jhadist groups -- in the west at its borders with Mali and Burkina Faso, and in the east near its Nigerian border -- which mobilise most of its defence and security forces.