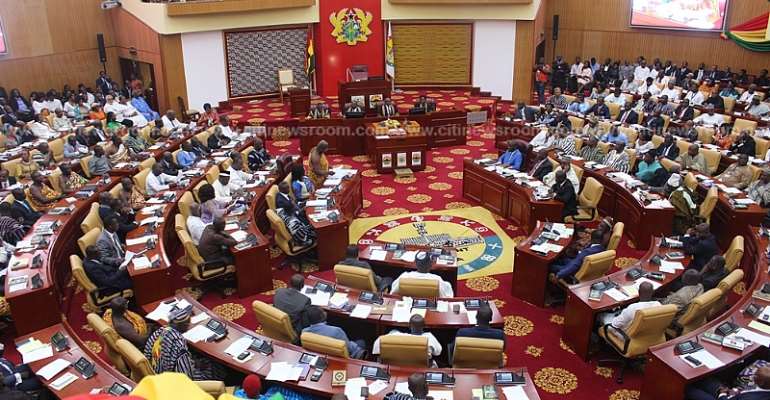 The decision of government to withdraw and re-lay the National Security and Intelligence Agencies Bill has become a matter of contention on the Floor of Parliament.

The Bill, which is to provide the framework for the establishment of District and Regional security Councils was first laid in the House in May 2020.

However, during proceedings on Tuesday, July 7, 2020, Majority Leader, Osei Kyei-Mensah Bonsu, requested for the Bill to be withdrawn.

“I want to seek the indulgence of the House to withdraw the one that was laid on the 1st of May 2020. And if that is granted, the presentation can be made in respect of the new one.”

But Minority Leader, Haruna Iddrisu, argued that since the Bill was laid in Parliament by the Minister for National Security, he would have to be the same person to withdraw it.

The First Deputy Speaker, Joseph Osei Owusu, subsequently granted the request for the Bill to be withdrawn and re-laid.

He said the vision of the Government was to use the document to set the stage for a progressive and secured security governance system.

Mr Kan Dapaah explained that it had not been the practice of the country to have such a policy detailing the strategic framework and defining how to provide security for the state and citizens.

The group comprised representatives of Government Ministries, Departments and Agencies, the academia and known security experts.

Mr Kan Dapaah said the group made several consultations with various Ministries and State Departments over the period after which a detailed National Security Policy document was drawn.

He said the draft document had gone through various validation and review processes with selected security and governance experts as well as stakeholder consultations with interest groups and Civil Society Organizations.

Mr Kan Dapaah subsequently laid the National Security and Intelligence Agencies Bill before Parliament on May 1, 2020.