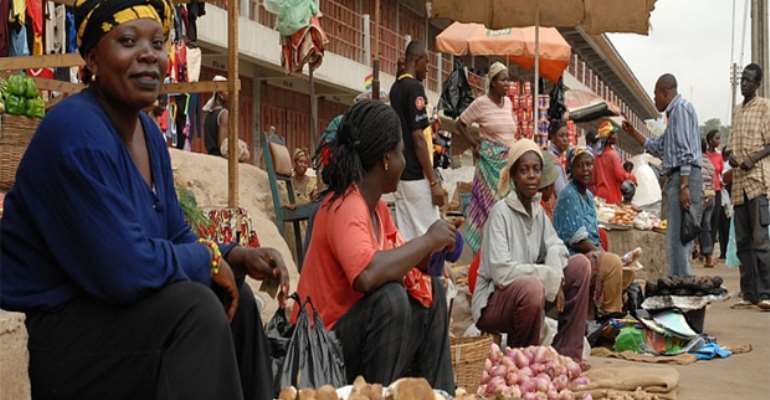 Some market women at work

International Monetary Fund (IMF) has indicated that countries within sub-Saharan Africa are likely to suffer a significant shrink in their economic activities this year due to the novel coronavirus.

In its revised Regional Economic Outlook (REO) forecast for 2020, the IMF noted that earlier anticipated impacts of the pandemic on the sub-region could worsen because of a projected decrease in the regional economy by 3.2 per cent this year, representing 1.6 percentage points lower than what was projected in April this year.

According to a statement released by the IMF, the deepening recession also showed a weaker external outlook as global growth was projected at –4.9 per cent this year, representing 1.9 percentage points below the April 2020 World Economic Outlook (WEO) forecast.

It mentioned, “The outlook for 2020–21 is considerably worse than expected in April and subject to much uncertainty. It reflects a weaker external environment and measures to contain the Coivd-19 outbreak, which has been accelerating in the past few weeks in several sub-Saharan African countries. Economic activity this year is now projected to contract by some 3.2 per cent, markedly worse than the 1.6 per cent contraction anticipated in April,” the statement noted.

It however stated that growth in the region was projected to recover only gradually assuming that the pandemic waned, and lockdowns eased further in the second half of 2020.

“Growth is projected to recover to 3.4 per cent in 2021 subject to the continued gradual easing of restrictions that has started in recent weeks and, importantly, if the region avoids the same epidemic dynamics that have played out elsewhere,” the statement stated.

Even though many countries in sub-Saharan Africa have started easing restrictions, the IMF has further stated that “the easing of containment measures could lead to an even quicker acceleration in infections, with potentially devastating effects on health systems and the population. Even if sub-Saharan African countries avoid new lockdowns, slower global growth could weigh on activity through trade and financial links; and financial market dislocations could add to the stress. Moreover, a persistent slowdown in international tourism could weigh on the recovery in services-dependent economies.”