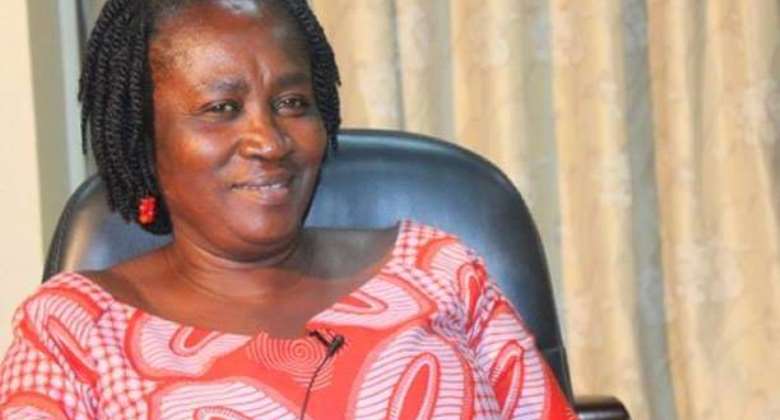 What a sad era when it is easier to smash an atom than a prejudice [Albert Einstein]. The evolution of political opposition in Ghana could be interpreted through the Busia-Danquah irresponsible political antagonism. In 1951, the struggle for Ghana's independence from the British had got to its crescendo when Nkrumah was made a leader of government business. The National Liberation Movement [NLM] was formed in 1954, albeit the 1951 constitution granting the would-be Ghana internal self-government.

What was the purpose of this NLM then apart from reckless and loutish opposition? “We can only conclude that the choice of Prof Jane Naana Opoku-Agyeman by John Dramani Mahama is a clear indication that he does not take the Ghanaian electorate seriously," a reaction from the ruling New Patriotic Party (Source: GHANAWEB.COM, Tuesday, July 7, 2020). The attack on John Mahama’s running mate is unfair. How could you conclude on a person who has not started working as Vice President?

I was personally recruited as a high school teacher in 2004 when President Kufour was governing Ghana. I taught for almost 24 months and only received seven months back pay. Was Professor Naana Jane Opoku-Agyemang responsible for that in 2004? Teachers back pay issue is more structural than personal.

Ghana education service and controller and accountant-generals department must be blame for this. We must learn to criticize responsibly. Professor Jane did well as an education minister. New secondary schools were built during her tenure.

I wonder why people who elect an illiterate hairdresser to make law for Ghanaians in parliament will have the effrontery to say they take Ghanaian electorate seriously. Hairdressing is a decent profession but not meant for a parliament job. In 2018, China seized Sri Lanka's port. In 2019, China threatened to take over the port of Mombasa from Kenyans over colossal debt. Again China took over Zambian international airport for unpaid debt.

These are ample testimonies that Ghanaians must be concerned about who goes to parliament to approve foreign loans. Parliament deals with complex loan agreements. It means we need brainy people to go to parliament to avoid unfair loan conditions. We must stop the politics of vilification and bastardization. Professor Jane, congratulation, I know you can do the job correctly! I am also using this medium to express my heartfelt condolence to the family of Sir John.