On The Matter Of Domestic Violence: Could We Be Accessories? 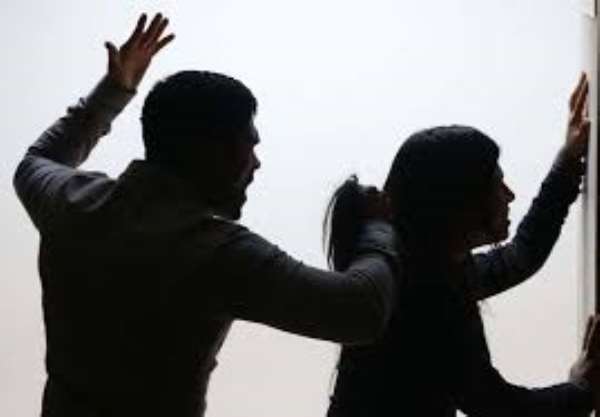 Once, a colleague asked if, were I hit by my partner, I would report to the appropriate authority if it was his first time. My immediate response was "If he's managed to do it once what's the assurance, he isn't going to do it again? Of course, I will" The gentleman was shocked, stupefied.

Even hurt maybe. Shocked that anyone would be shocked at my response, I asked him why? He said, "It was his first time means you definitely did something to push him that far."

The Merriam Webster dictionary defines domestic violence as violence or abusive behaviour directed by one family or household member against the other. Let's talk about that which happens between husband and wife, or cohabitation mates, partners.

We are well aware of the heightened domestic violence issues facing our world in recent times. It's a global thing, but I'd like to today narrow it down to my homeland and talk about what we do as third parties.

Domestic violence cuts across, from rural to urban areas. Husbands hit wives and sometimes, the other way around for varied reasons. I read a news item the other day on a husband beating up his wife for not cooking him the meal he wanted, and this is not a one-time event.

Third parties. The sad truth here is that some people after hearing such a story, think "S/he must have done something to warrant that punishment." Punishment?!

I've been following some anonymous posts on social media groups and it's disheartening how some fellows in the comments section consciously or unconsciously condone the behaviour. Let's not even talk about the whole Gender topic yet. A victim writes a post asking for advice and people ask questions like "My dear, first why did you do this for that to happen?" Some go to the extent of asking the abused to apologise to the abuser for peace to prevail. It makes me wonder; had it been their younger brother or sister in that unfortunate position, would they have said the same?

But then again what am I thinking? There have been instances where mothers ask their daughters to stay in abusive marriages for it is better to be married at all costs than to be divorced. This is how messed up the situation is. Why then won't some rape victims refuse to speak up? But, that's a topic for another day.

Anyway, let us cut this short. As much as possible, speak to someone if you're being victimized. DOVVSU has in collaboration with UNFPA activated the Domestic Violence hotline 0551000900. There is help.

Also, I came across something on Help Guide on this topic last weekend and that pushed me to write this. If you're interested in knowing more or need expert advice you can check it out on https://www.helpguide.org/?s=Domestic+violence. Best of luck

P.S. I am no Domestic Violence guru. This is just my two pennies worth on the matter.