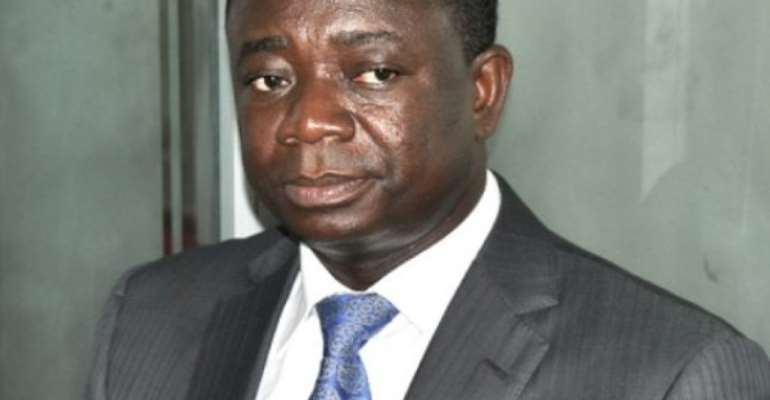 Dr Yaw Adu-Ampomah, the third Prosecution Witness in the trial of Dr Stephen Opuni former Chief Executive officer of COCOBOD and two others Monday told an Accra High Court that there was available evidence that ominfert fertilizers were extensively tested by Cocoa Research Institute of Ghana (CRIG).

Dr Adu-Ampomah, who was testifying, said “I can tell you that Omnifert fertilizer is one of the extensively tested fertilizers by CRIG but Counsel for the second and third accused disagreed.

Asked, whether COCOBOD purchased the Cocoa Nti fertilizer without testing, the witness explained that it was based on subsequent testing.

The witnss Dr Adu-Ampomah said when they assumed office in 2017, the company wrote to COCOBOD that CRIG was testing their samples and so wanted COCOBOD to inform CRIG to issue them with a certificate.

He said they informed the company that, this was not the procedure and that they would confirm from CRIG, if it was indeed true that they were testing their product.

“CRIG confirmed that indeed they had done a one year test in the field on the product and they were awaiting the company to supply them with more samples to carry on with the second year's final report,” he said.

The witness said COCOBOD rather asked that the product should be retested in the laboratory because the company changed the trade name of the product and COCOBOD wanted to know whether the content or composition of the product was the same as the first one that had been tested.

Dr Adu-Ampomah said actually CRIG confirmed to COCOBOD that it was the same product that they did the first year testing on.

Defence counsel asked, how long it takes to get approval from the Public Procurement Authority (PPA), of which the witness said it varies and that sometimes it takes between two weeks to six months.

Defence counsel again asked, whether he recalled when the Company wrote to COCOBOD in 2017 to complain about the certification process from CRIG but the witness said “I cannot tell but it was very early, around the time we assumed office.”

Counsel pointed to the witness that no such testing of Cocoa Nti was ever carried out in 2017 but the witness disagreed.

Counsel said “ I am putting it to you that no such document exist, which is why none of such has been discovered by the Prosecution,” but the witness disagreed.

Dr Adu-Ampomah said a final report was submitted to COCOBOD and based on that COCOBOD instructed CRIG to issue out a certificate to the Company, adding that, the company subsequently used the certificate for bidding.

Counsel indicated that prior to the bidding date COCOBOD procured Cocoa- Nti, even though CRIG has never issued any certificate covering Cocoa Nti but the witness disagreed, saying “all the Companies listed here have valid certificates, if not the PPA will not approve it.”

Defence Counsel again said “Is it the case that PPA will approve a procurement of an agro chemical by COCOBOD only based on a valid CRIG certification”, and the witness agreed indicating that it was because the Entity Evaluation Committee would never forward to PPA without seeing any valid Certificate.

Mr Nutsukpui asked the witness, whether he was aware that Dr Alfred Arthur, a Scientist at CRIG was suspended as a result of his involvement an issue relating to Cocoa Nti but the witness said, he knew of the suspension, which was due to testing of some chemicals and not specifically Cocoa Nti.

They have both pleaded not guilty to the charges and are on a GH¢300,000.00 self-recognisance bail each.

The trial has been adjourned to July 8, 2020 for continuation.