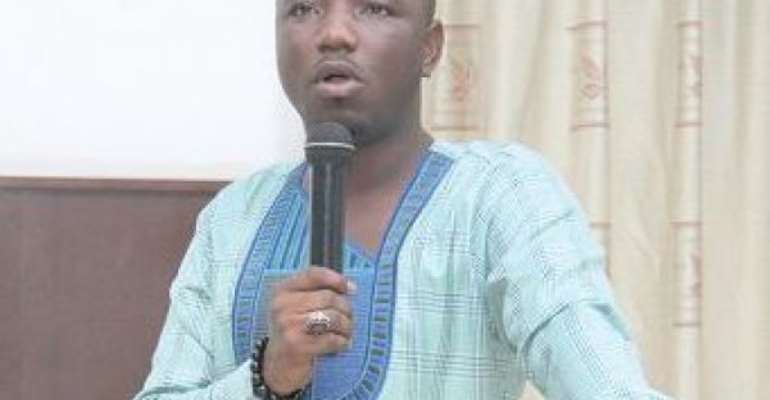 Dr Alidu Seidu, a Senior Lecturer at the Political Science Department of the University of Ghana, says it is imperative for flagbearers to choose running mates who can lead their parties into future elections.

Commenting on the factors a flagbearer should consider in choosing a running mate, Dr Alidu said the individual should have sound governance skills, some resources, regional dynamism and be capable of leading the country at anytime.

“Being a running mate is a mentoring process and the person should be capable of leading the party in future elections should the flagbearer decide to step down,” he said.

"More so, a running mate should balance the ticket of the flagbearer to win an election and so should have a constituency within the party, resources to support the electioneering campaign, regionally dynamic, and in terms of ethnicity and religion, bring extra votes to complement the Presidential Candidate."

The Political Science Lecturer stressed that the running mate should also work in harmony with the flagbearer during the electioneering campaign to win power and govern the nation should they win the election.

The interview was conducted ahead of the announcement of the nomination of Professor Jane Naana Opoku-Agyemang, a former Education Minister as his running mate for Mr John Dramani Mahama, flagbearer of the National Democratic Congress for the December 7 Election upon consultation with the Party's National Executive Committee (NEC).

The NEC at its meeting on Monday, July 6, unanimously approved the distinguished educationist, who made history as the first female Vice chancellor of a public university.

The approval is in accordance with Article 43 of the Party's Constitution and Article 60(2) of Ghana's 1992 Constitution.

The announcement thus ends months of media speculations as to who Mr Mahama will pick.

Some notable names that came up before the announcement are Dr Isaac Bannerman Nii Moi Thompson, a former Director-General of the National Development Planning Commission (NDPC), Mr Alex Segbefia, a former Minister of Health and Deputy Campaign Manager of the NDC for 2020 Elections, Dr Kwabena Duffuor, a former Minister of Finance and Economic Planning and Dr Zenator Rawlings, a daughter of former President J.J Rawlings.