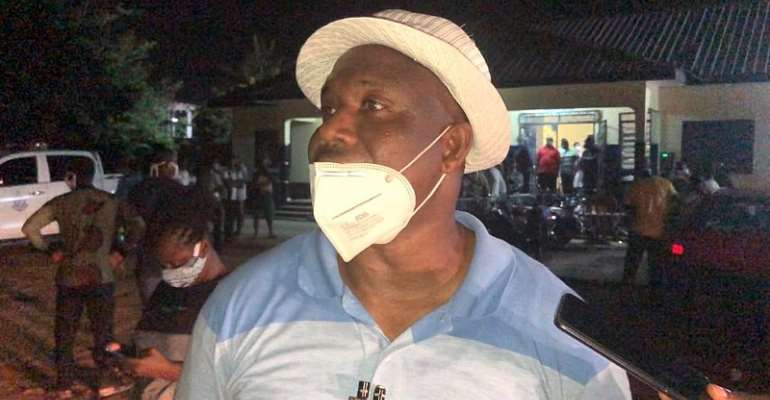 The leadership of the opposition National Democratic Congress (NDC) in the Volta Region is calling on the government to facilitate the return of Ghanaians stranded in Togo to allow them to participate in the ongoing voter registration exercise.

The NDC’s call comes on the back of the arrest of 15 persons, including a visually impaired ex-military man, suspected to be Togolese crossing to Ghana at a time that Ghana’s borders remain close to human traffic.

“Government should organise buses. Genuine Ghanaians who are there should be allowed to crossover and come and register. That is the proper thing to do,” the NDC’s Deputy Volta Regional Chairman, George Loh, said to Citi News.

The closure of the border is in a bid to curb the influx of foreigners who may have the Coronavirus disease.

As an added measure to curb the importation of Coronavirus, the Ghanaian Government deployed several military personnel to border communities, days ahead of the compilation of a new voters’ register.

Residents along Ghana’s borders with Togo raised concerns about the deployment at a time when Ghana has already recorded several community cases of the Coronavirus.

They also complained about brutalities being meted out to them by the said personnel, but the government maintained that the personnel were deployed to guard against the Coronavirus.

The military personnel on the borderline also, means that border residents cannot continue to live as they use to.

Ghanaian pupils who attend french school in Togo, Ghanaians who teach English in Togo and vice versa, and people who have married from Togo cannot continue to live as they used to pre-COVID-19.

Over the past weekend, 15 people, including an ex-serviceman were arrested on suspicion that they were Togolese trying to register in Ghana but the NDC thought such arrests were unwarranted.

The party was also of the opinion that the NDC should be allowed to facilitate the entry of genuine Ghanaians who live in Togo but who do not have the means to travel through the main borders to come and register for the new voters’ ID card.

Mr. Loh, who intervened for the 15 people who were arrested upon suspicion of being Togolese told Citi News “the government’s deployment of security to the borderlines without a proper plan of conveying Ghanaians locked up in Togo to register for the new voters’ register is problematic”.

Mr Loh said that “so far as there are legitimate Ghanaians in Togo, the NDC will do all within its legitimate rights to facilitate Ghanaian residents in Togo to come and register”.

Mr Loh, who also alleged that the NPP is bussing in people from China and other parts of the world quizzed why “Ghanaians in Togo should not be brought in to register and vote?”.

The compilation of the new voters’ register has just entered its second phase with the first phase being relatively smooth.