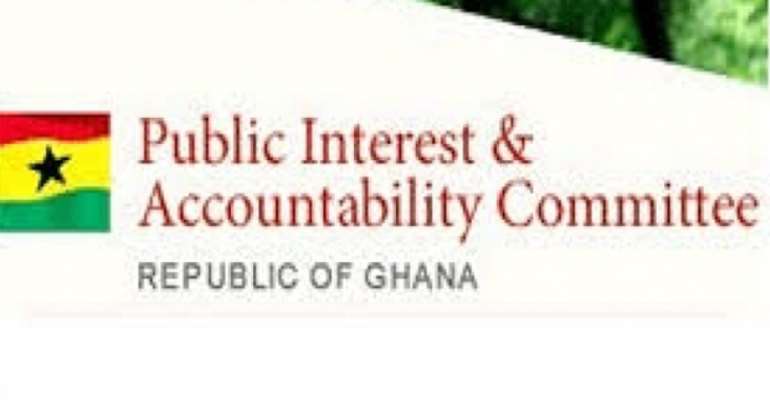 THE PUBLIC Interest and Accountability Committee (PIAC) is hinting Parliament to ensure that the Ministry of Finance accounts for the US$1.5 billion unutilized Annual Budget Funding Amount (ABFA).

In its key findings presented at the launch of the 2019 Report, Mr Noble Wadza, Chairman of the PIAC, said; while GH¢2.7 billion was available for spending in 2019 only GH¢1.2 billion was utilized, leaving a balance of GH¢1.5 billion.

“For the third consecutive year, not only has a sizable proportion of the ABFA not been fully utilized but it has also not been accounted for, impeding PIAC's appreciation of the full scope of accounting to the public on the utilization of our petroleum revenues,” he said.

Mr Wadza said in 2019, 45.14 per cent of the actual ABFA was spent on recurrent expenditure, with 54.86 per cent on capital expenditure in violation of Section 8(4)(a) of Act 893, which required that a minimum of 70 per cent be spent on public investment expenditure.

Besides, for the second consecutive year, there was no allocation from the ABFA to the Ghana Infrastructure Investment Fund (GIIF), contrary to the provisions of the Petroleum Revenue Management Act and GIIF Act 877.

Commenting on the Ghana National Petroleum Corporation (GNPC), Mr Wadza said the Corporation continued to provide guarantees for a range of state-owned enterprises (SOEs), amounting to US$645.5 million in 2019.

This is about double, compared with the previous years, and also outweighs the corporation's total equity financing expenditure of US$164.79 million for the period.

In 2019, GNPC supplied US$334.6 million worth of raw gas to the Ghana National Gas Company (GNGC), but no payment was received, in respect of the supplies.

This is largely on account of VRA's inability to pay GNGC for the lean gas supplied. Added to the outstanding balance of US$333.5 million, this brings the total indebtedness in respect of lean gas supplies to US$668.1 million.

The committee reiterates its earlier call to Parliament to consider placing some restrictions on the proportion of GNPC's budget on CSI and guarantees to state institutions, particularly in the light of the Corporation’s inability to respond to some of its cash calls.

It also called on the government to address the unsustainable debt of GNGC and to expedite action on the infrastructure requirement for gas evacuation and utilization, to avoid huge backlog of make-up gas volumes and the potential for resource wastage.

The committee further restated its recommendation to the Ministry of Finance to diversify the qualifying instruments in investing the Ghana Petroleum Funds (GPFs.)

The 2019 report was released three months later than the statutory reporting date of March 15, due to the delay in release of data by some of the reporting state agencies, and the outbreak of the coronavirus (Coivd-19) which disrupted timely completion of the report.

Since its establishment in September, 2011, PIAC has been monitoring and evaluating the management and use of Ghana's petroleum revenues by institutions of the state, per its statutory mandate.

Assin North : This is pure criminality, I foresee the state...
16 minutes ago